Winter Lodge Bookings Off To Slow Start In West; Summer Was Gangbusters 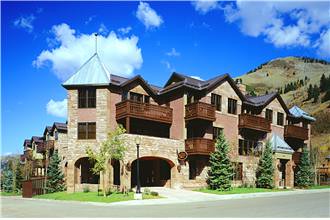 Booking momentum into the winter months is pacing slower for the first time in more than three years, even though robust occupancy and revenue figures for September contributed to the third consecutive record-breaking summer at western mountain resorts.

The monthly Mountain Market Briefing released yesterday by DestiMetrics reported a slight reversal in a multi-year trend of nearly consecutive year-over-year increases in bookings and revenues. While as of Sept. 30 actual aggregated occupancy for the month of September was up 14.9 percent and revenues were up 22.7 percent, the booking pace during the month for the upcoming winter actually dipped 2.3 percent compared to the same time last year.

As of Sept. 30, aggregated on-the-books occupancy for arrivals from November through March is down 1.1 percent compared to the same time last year but increases in the Average Daily Rate (ADR) are offsetting some of that loss as revenues are up 2.1 percent for the same period. The report also revealed that November and December are both gaining but the rest of the winter months are showing declines.  Data that includes April 2016 will be available starting next month and will provide a more complete picture of the full winter season.

“The decrease in the winter booking pace is the first such reversal of momentum in several years and is a little surprising because the industry is coming off the best summer ever for mountain destinations with overall occupancy up more than seven percent and revenues up more than 11 percent for the six-month period of May-October,” explained Ralf Garrison, DestiMetrics director. “And while it is still quite early in the booking season and the numbers are still relatively small, we’ll be monitoring both ‘econometrics’ and weather patterns in the next few weeks to see how they might change bookings patterns—for better or worse,” he continued.

While the economy was cited as at least a partial explanation for the modest cooling in bookings, the report also acknowledge the role of recent warm temperatures on the pause in early booking patterns.