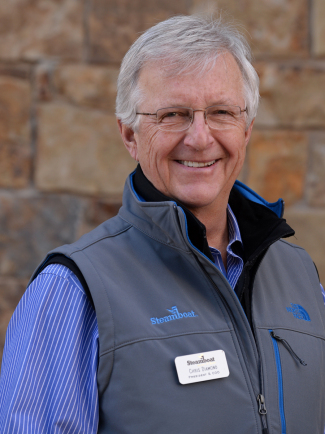 Steamboat Ski & Resort Corporation announced that Chris Diamond, president and chief operating officer, will step down from his current role in June, 2015, the end of the company’s fiscal year.

“Chris’ vision, drive and common sense approach has firmly established Steamboat as a leader in the industry,” said Tom Marano, Intrawest CEO.  “Chris has been an invaluable asset to not only the company but the entire Steamboat Springs community and across the ski industry; we will miss his commitment, dedication and determination.

Diamond began his ski industry career in 1972, following discharge from the U.S. Army. He joined Steamboat in 1999 as managing director. For the past 15 years, he has overseen one of the most recognized brands in the industry.

“In October at our executive retreat, I shared my intentions with my team to make this my last season at the helm of the resort and figure out what will be my next adventure,” said Diamond. “Steamboat is truly a very special place and I have enjoyed working with an incredibly talented team over the years. The resort’s future looks bright and the company is in very good hands with the current management team.”

Diamond has consistently championed the public/private partnership and has successfully forged deep and lasting ties between the Yampa Valley community and the resort through his involvement in numerous civic, charitable and governmental organizations.

He is a past Chairman of Colorado Ski Country and National Ski Areas Association (NSAA) and in May 2013, Diamond was presented with NSAA’s Lifetime Achievement Award.

Photo: Steamboat's Chris Diamond to step down as President and CEO in June (Steamboat)