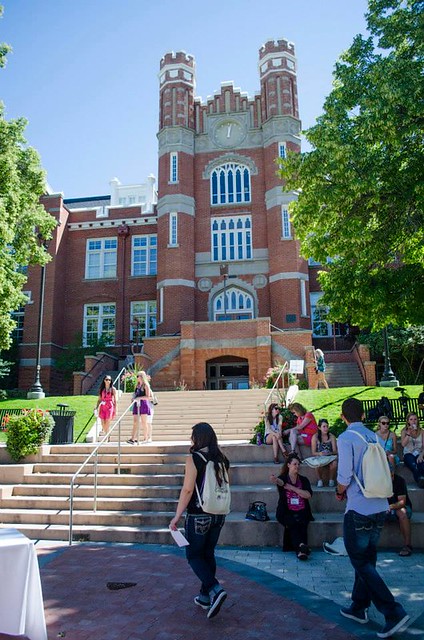 The new four-year agreement will help support athlete education leading into the 2018 Olympic Winter Games in Pyeongchang and the 2019 FIS Freestyle Ski and Snowboard World Championships in Park City.

Westminster’s dedicated student athletes are successful on the slopes and in the classroom. This season, 22 Westminster athletes competed in FIS World Championships and the X Games, bringing home a total of eight medals. The 48 athletes currently enrolled at Westminster carry a 3.65 average GPA. This spring, seven athletes will complete their degrees – the largest graduating class the program has seen since its inception in 2005.

“The athletes of the U.S. Ski Team, U.S. Freeskiing and U.S. Snowboarding bring a strong competitive spirit and sense of pride to Westminster,” said Steve Morgan, acting Westminster president. “I continue to be impressed at how well these athletes perform on the slopes as well as in the classroom. This program makes higher education attainable to athletes who may not have had the time to pursue a college degree otherwise.”

Since 2005, more than 130 U.S. Ski Team, U.S. Freeskiing and U.S. Snowboarding athletes have attended Westminster College through the special tuition grant program, allowing them to continue their education without having to sacrifice their athletic dreams. U.S. Freestyle Ski Team athlete Heather McPhie, who has been attending classes on and off for the past six years, plans to graduate from Westminster in 2016 with a degree in psychology.

“Westminster has been a great place to pursue an education during my athletic career,” said McPhie. “They go out on a limb to help us and are so understanding of our schedules. They help us figure out when we can fit classes in and pair us with professors that can be flexible with our lifestyles. I love stretching my mind, the small classes and the atmosphere at the college. I’m really grateful for the partnership.”

McPhie, along with fellow Westminster student athletes Maddie Bowman, Ryan Cochran-Siegle, Alexi Mickinski and Faye Guilini, were in attendance at a celebration of the partnership April 23 at 4 p.m. on Westminster’s campus in Salt Lake City.