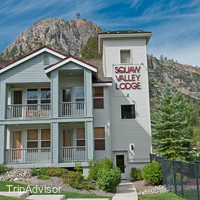 Combined revenue figures for Rocky Mountain (Colorado, Utah and Wyoming) and Far West (California, Nevada and Oregon) mountain resorts were up 11.2 percent over last season and set an all-time revenue record that exceeded the previous record set in the 2007-08 ski season.

The most recent Mountain Market Briefing compiled by DestiMetrics for 19 mountain destinations in six western states,* reported that actual occupancy for the winter season finished up 5.3 percent ahead of last year. The revenue record had been forecast for several months by DestiMetrics but became official in recent weeks when April figures were added to the final season tally.

“A strong economy boosted by last season’s snow equity and this season’s good early snowfall increased destination visits this season,” says DestiMetric’s Ralf Garrison. “But as snowfall tapered off from mid- to late season, the contrast in overnight vs. day visits illustrate that winter destination travel is driven more by the broader economy while on-mountain skier and snowboarder days are more dependent on snowfall as evidenced by the five percent decline in skier days reported by the National Ski Areas Association (NSAA) earlier this month.”

The forward-looking monthly Briefing now shifts its primary focus to the upcoming summer. As of April 30, on-the-books occupancy is up 8.8 percent compared to last summer with increased bookings in all six months and double-digit increases in the shoulder months of May, September and October.

The strong growth is accompanied by a moderate increase in the Average Daily Rate (ADR) that, when combined with increased bookings, is posting a 13.3 percent gain in revenue for the entire six-month period from May through October. While the summer season hasn’t even launched yet, current summer bookings already represent 52.8 percent of both total occupancy and revenues compared to last summer’s final totals as of April 30.

Photo: It was a big year for western lodging. Shown is the Squaw Valley Lodge (TripAdviser.com)