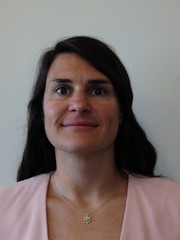 Rana Dershowitz has been named as General Counsel and Vice President of Aspen Skiing Company.

Most recently, Dershowitz has been serving as General Counsel for the United States Olympic Committee, where she has worked since 2007.  She began at the USOC as Deputy General Counsel and rose to the position of General Counsel, Chief of Legal, Ethics Officer, and Corporate Secretary in 2008 and has held that post ever since.  Prior to working for the USOC, she spent six years at Madison Square Garden in New York.

“We are excited to have Rana joining our team,” said Mike Kaplan, president and CEO, Aspen Skiing Company. “Her experience with the USOC and Madison Square Garden will prove invaluable, but most importantly her passion for the sport and the lifestyle make her an outstanding choice.”

Dershowitz attended Harvard undergrad and was captain of the varsity ski team three of her four years there. She graduated from Harvard Law School and served as Executive Editor of the Harvard Civil Rights-Civil Liberties Review.