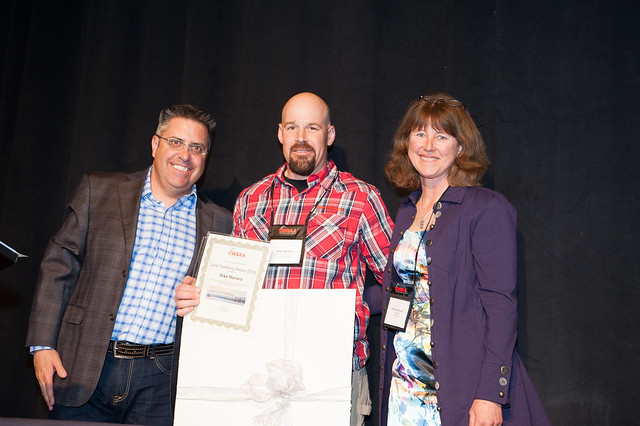 Tom Prentice, partner in Multi-Line Claims Service, is the recipient of the Marshall Award. He has been at Multi-Line since 1988. He has been a Control Adjuster for Canada West Ski Areas for Western BC, Northern BC and the Prairie Provinces, as well as a number of ski-related companies including heli-skiing, snowmobiling, alpine guides and outback recreation. Prentice’s award was presented by Doug Forseth, Whistler Backcomb VP.

Mike Manara, snow school director of Mount Washington Alpine Resort, is the recipient of the Fossberg Award. Manner, after working at Vermont’s Jay Peak and Marmot Basin, current supervises a staff of 250 instructors. He developed a major MS fundraiser at the resort, now in its ninth year. He was selected as one of the “40 under 40” for the Comox Valley. His award was presented by Hildur Sinclair, president, Troll Resort.

“CWSAA would like to congratulate Tom and Mike on being recipients of these prestigious awards,” said CWSAA President and CEO David Lynn. “They join a list of highly respected leaders from the Western Canada ski industry that have been recognized by the association since 1980.”