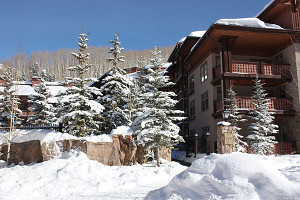 As of Sept. 30, winter bookings for November through March are showing an aggregated 7.4 percent gain in occupancy for the upcoming season compared to the same time last year with increases appearing in the first five months of the ski season that data is available. Aggregated revenue is also strong with a 15.5 percent increase for the first five months of the 2014-15 season.

“With the first Colorado resort opening Oct. 18, a strong start will likely further promote the robust advanced booking pace that is already being demonstrated in early season booking patterns,” says DestiMetrics Director Ralf Garrison. “But when it is this early in the season, the role of Mother Nature and the recent volatility of economic and global conditions give rise to a note of caution,” he added.

The Briefing also analyzes the data from a regional perspective with results for the Rocky Mountain resorts in Colorado, Utah and Wyoming compared to the Far West resorts in California, Nevada and Oregon.

Snow conditions from last season or “snow equity,” a phrase coined by Garrison, is having a distinctly different impact on bookings for the two regions thus far. While the Rocky Mountain resorts are tracking 8.9 percent higher in occupancy with a 16.4 percent increase in overall revenues. The Far West resorts are experiencing the opposite effect. As of Sept. 30, their aggregated occupancy was down 6.5 percent and related revenues are down 7.7 percent.