Former Olympian Set To Be Hall Of Fame Development Director 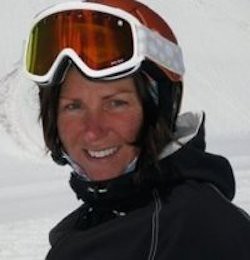 Stacey Wooley, a member of the U.S. Biathlon Team in the 1998 Winter Olympics at Nagano, Japan has been named development director for the U.S. Ski and Snowboard Hall of Fame.

Wooley is a resident of Park City, Utah and will continue to be based there, according to Hall of Fame Chairman Tom Kelley, in order to “take advantage of the proximity of many ski related businesses.”

The Hall of Fame is physically located in Ishpeming, Mich. Wooley will work directly with Kelly, who is vice president of communications for the U.S. Ski and Snowboard Association, also based in Park City.

Kelly said Wooley will also be responsible for organizing the annual Hall of Fame Induction held each year at a major U.S. ski resort. This year’s ceremony at Park City drew more than 500 attendees.

Wooley was named Athlete of the Year by the U.S. Olympic Committee in 1996, 1997 and 1998. She has served several nonprofits in fundraising efforts, including the Winter Sports School in Park City and Challenge Aspen. She is a graduate of Stratton Mt. School in Vermont and Dartmouth University. Wooley invented the Doggone Leash, a short lead bungee leash used for active dogs.