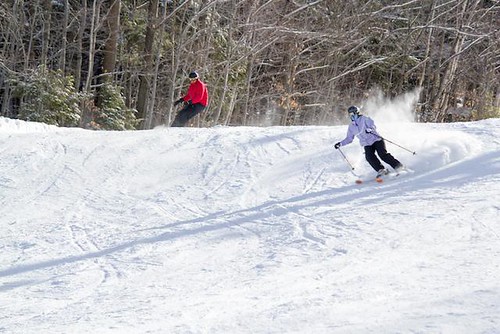 Numbers are in for New Hampshire ski resorts for the 2013-14 season and, as Ski New Hampshire’s Karl Stone puts it, “it was a success for skiers and ski area operators alike… resulting in impressive business levels.”

Alpine ski areas recorded 1,272,896 alpine skier and snowboarder visit, which is a slight (2 percent) decrease from the prior winter, but 3.5 percent above the 10-year average, making it the sixth best season ever in the Granite State.

Stone credits some of the season’s success to consistent cold in November and December allowing extensive snowmaking equipment to kick in early. Some 90 percent of N.H. ski terrain is covered by snowmaking.

“With nine of our best seasons for skier visits occurring within the last 14 years,” Stone says, “it’s clear that the sports of skiing and snowboarding are not only healthy in the state of N.H., but thriving.”