David Ingemie To Step Down As SIA President In 2016; 34 Years In Post 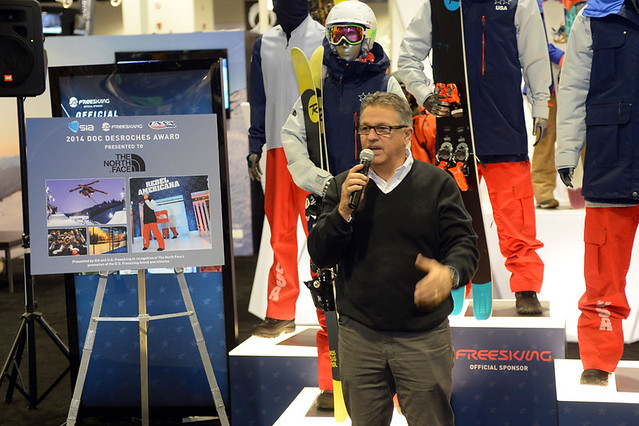 David Ingemie, President of  SnowSports Industries America (SIA) for the past 34 years, will step down as president following the 2016 SIA Snow Show. The announcement was made by the SIA Board of Directors as this year’s show was opening in Denver.

Ingemie joined SIA in 1976 as marketing director and became president of the non-profit trade association in 1981.

“The industry has been incredibly lucky to have David Ingemie as the driving force behind SIA for 39 years, said Bob Gundram, board chair  and CEO of C3. “David has been instrumental in working with the Board on defining what SIA is today and next steps to guarantee its future success and a smooth transition,”

“I feel so fortunate to have been a part of an industry that represents one of my life’s greatest passions - snow sports. It has been a great run, working under twenty-one different Board chairmen/women and seeing so many changes within the industry; equipment, resorts, retailers, reps, and even ways to get down the hill,” Ingemie said.

A transition plan comprised of a long range strategic vision for SIA and development of job description and recruitment strategy for Ingemie’s successor became a top priority for SIA’s Board of Directors beginning in May 2014, when Ingemie advised the Board of his plans for stepping down. The plan included the creation of a strategic vision task force, chaired by David Currier, Vice President of Smith Optics USA.

Ingemie’s successor will begin in a transitional role in June 2015 and assume the role of president following the 2016 trade show.  Ingemie will remain at SIA in the role of Immediate Past President and lead an archival project preserving the organization’s 60-plus years of history.

Photo: David Ingemie will step down as SIA President after 2016 trade show (SIA)