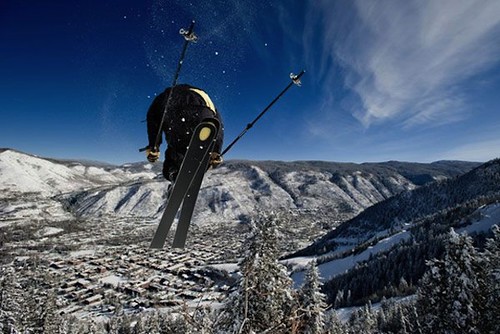 Colorado Ski Country USA (CSCUSA) announced that statewide skier visits totaled an estimated 12.6 million for the 2013/14 ski season, the best season on record in the state. Colorado was up more than 10 percent compared to last season and more than 8 percent compared to the five-year-average. This report is courtesy of our partners, Mountain i Journals and was written by Allen Harvey.

“Seeing our visitation punch through the 12.5 million level and best our prior mark demonstrates the vibrancy of Colorado’s ski industry and the passion of our resident and visiting skiers and snowboarders,” stated Melanie Mills, president & CEO of Colorado Ski Country USA. “With two consecutive years of growth, momentum is certainly in our favor as our resorts continue to set the industry standard in terms of snow quality, skier safety and guest service.”

Aspen/Snowmass reported a 7.8 percent increase last season over 2012-13, with more than 1.4 million skier visits. Aspen Skiing Co. spokesman Jeff Hanle said the 2013-14 season was “one of the best we’ve ever had.”

Colorado resorts outperformed the ski industry nationally, which saw the Pacific regions heavily impacted by drought. Colorado resorts also bested the growth rate of 6.4 percent in the Rocky Mountain region of the U.S. where snow conditions were more comparably favorable.

Vail Resorts, Inc. with four resorts in Colorado, three in California and one in Utah reported that lift revenues were put 7.6 percent throughout the company, despite a disastrous season in California, where snowfall was a fraction of its normal levels. Visitor spending across the company's properties climbed 7.5 percent for ski lessons, 3.1 percent on food and drink and 5.1 percent on retail and equipment rentals over the 2012-13.

“Owning 22 percent of the national skier market speaks volumes to the reputation of our state as the top ski destination. Visitors choose to come here because of what our resorts have to offer; superior skiing, easy access, resorts of every variety, and resort staff who provide unparalleled guest service,” said Mills.

“By Thanksgiving the ski season was off on a brisk pace backed by excellent early season conditions,” said Mills. “We got the word out that Colorado had snow and prime winter conditions, and that helped set up a robust holiday visitation period.”

Skier visits are the metric used to track participation in skiing and snowboarding. A skier visit represents a person participating in the sport of skiing or snowboarding for any part of one day at a mountain resort.

These numbers are preliminary results and subject to final adjustments by CSCUSA members. The decision to release individual numbers is up to each individual resort.