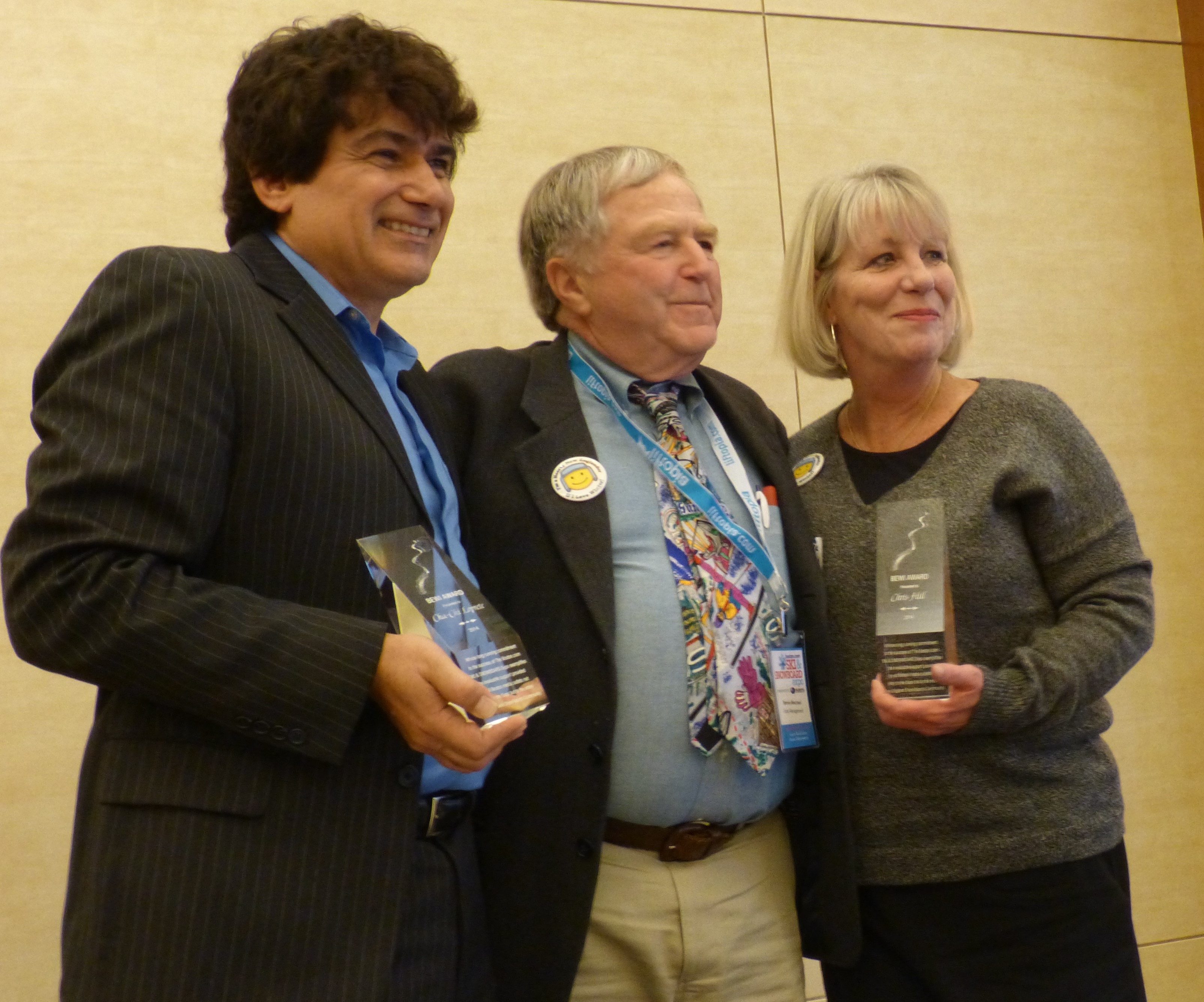 Chris Hill and Cha-Chi Loprete of the Boston CBS Radio Group have been honored with the 29th annual BEWI Award for outstanding contributions to the ski industry. Their long-running commitments to the success of the Boston.com Ski & Snowboard Expo and the New England ski scene were cited as reasons for the award.

Weichsel noted that many factors contribute to the success of Expo, including resorts and manufacturers, sponsors, athletes, personalities, and the sale run by partner East Coast Alpine.

“But, in my mind, what is not always appreciated is the fantastic support we get from the local media here in the greater Boston area. It is truly special and quite extraordinary,” said Weichsel.

Weichsel added that Hill and Loprete are two of the longest running, most committed representatives of the media for the ski industry. “Chris and Cha-Chi stand here today not only representing the CBS radio group, and their colleagues at those stations, but as symbols of all the great media people – from many radio stations to TV to social media and print, that work with us to promote and support the Expo and also season-long our greater New England ski community.”

Hill has been the General Sales Manager at WBZ News Radio and has worked with BEWI to promote the Expo and New England snow sports for over 20 years. Hill pointed to her personal connections and passion for family skiing. “I don’t know what we’d do without a skiing family and skiing life.”

Larry “Cha-Chi” Loprete began his radio career at WBCN in 1981 as a volunteer on the WBCN request line and soon became an on-air disc jockey, Promotion Director and in 2001 became the Marketing Director for both WBCN and WZLX. Loprete has been nominated for Promotion/Marketing Director of the Year by Billboard Magazine six times.  He won this prestigious award in 1996 and in 1997.