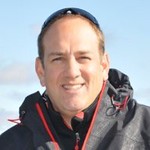 Rock will report to Blaise Carrig, president of Vail Resorts’ mountain division, who will step down as interim leader of Park City Mountain Resort. Mike Goar, the current general manager of Canyons Resort and a 30-plus year industry veteran, will continue his oversight of the resort and report directly to Rock.

Howard began her career with Vail Resorts in 1985 as a college intern at Beaver Creek, which led to a 30-year career with the company. In 2010, Beth was promoted to vice president of mountain dining and clubs where she has had operational oversight of mountain dining across all of the company's resorts, including more than 100 restaurants and eight private mountain and golf clubs.