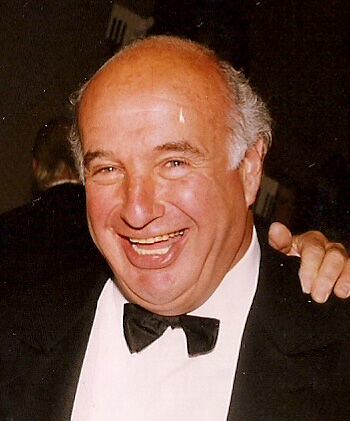 Over a communications career that spanned more than six decades, Lewi and his agency helped contribute to today’s success and popularity of such major local, regional and national attractions as the Saratoga Race Course, Saratoga Performing Arts Center, The Great Escape & Splashwater Kingdom and played a significant role in the growth of the United States Figure Skating Association. Lewi also inaugurated the Belmont Festival in Garden City, NY, which continues to be a widely popular event on the eve of the Belmont Stakes.

“He helped put Saratoga on the map,” said celebrated philanthropist, thoroughbred owner and breeder Marylou Whitney. “Saratoga is the place it is today because of Ed Lewi.”

Founded in the 1960s as a part-time venture while Lewi was employed as promotions director of the Times Union, Ed Lewi Associates incorporated in 1975 and opened as a full service agency with three major clients – the Saratoga Performing Arts Center, the Charles R. Wood Enterprises (operator of The Great Escape and other amusement parks) and Price Chopper Supermarkets.

The company soon after secured the public relations contract for the 1980 Olympics in Lake Placid, and later consulted on Winter Olympic Games in Sarajevo and Calgary. For the Olympic Games in Lake Placid, the corporation was the public relations agency of record, while Lewi served as the press director of the Games and his longtime wife and business partner, Maureen Lewi, served as director of the Main Press Center.

Lewi maintained a long history of philanthropy, volunteerism and community involvement to numerous charitable causes, including the Double H Ranch, Saratoga Performing Arts Center, Camp Chingachgook and the Capital District YMCA, where he served on each of their board of directors.

Lewi was the recipient of the Silver Medal Person of the Year Award of the Ad Club Association of Professional Communicators and received numerous international, national and local awards for promotional and public relations concepts from such organizations as the International Newspaper Promotion Association, the International Association of Amusement Parks and Attractions, the Northeast Society of Professional Communicators, and Editor and Publisher magazine.  He is also the recipient of the Freedom Foundation Award.