The holidays were busy at ski areas across the Midwest from the Black Hills to the Great Lakes with many hitting capacities. Most expect the same experience to occur over the upcoming Martin Luther King (MLK) weekend this month and with a combination of Valentine's and President's Day weekend next month. Plan ahead for lift tickets.

Skiing And Gaming In The Black Hills; A Heartland Package

Heartland snow sports enthusiasts don’t have to fly to Lake Tahoe to mix a little gaming and skiing or enjoy the enticing lodging packages that you find there because of the casinos. Just head to Terry Peak and South Dakota’s famed Black Hills.

Here we go again! The second strong, early-winter storm has moved across the Rocky Mountain range in the western United States and Canada.

A 440-acre ski resort in the Black Hills of South Dakota is again up for sale two years after it was shut down amid bankruptcy proceedings. The owners of the former Mystic Miner Ski Resort at Deer Mountain say they’ve cleaned up the property, made repairs and upgraded a water system serving residences near the resort, according to a story in the Rapid City Journal. 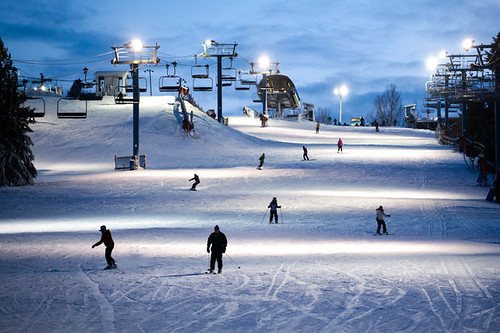