New and renovated restaurants, more snowmaking, and parking, and remodeled base areas top the list of work done over the summer at Utah resorts, as early-season snow means opening as expected for Utahans and visitors.

For the second season at Park City Mountain, options for expert skiers and riders heading up into Jupiter Bowl to catch some steep-and-deep will be fewer.

Find Fun, Pleasure In The Utah Mountains This Summer

Making plans for a trip to Utah this summer? Be sure to set aside time to check out all the warm-weather offerings from the state's ski and snowboard resorts.

What Vail Resorts Will Be Up To This Summer

The largest ski and snowboard resort owner in the world enters its second decade of its expansion with a modest slate of on-mountain upgrades and a couple of portfolio-wide improvements.

Record-setting snowfall in February blanketed the West, gave powderhounds all that they could ask for in a ski and snowboard season, and kept resort owners smiling from ear to ear.

Industry statistics say that one quarter of parents who head to the hills in the winter do so with snowboards – and they want their children to learn to ride so they can enjoy the slopes in similar fashion.

Everyone knows what a rush it is to have a full day of skiing and riding, but often you still have the rhythm in your bones even after the lifts close. Enter the apres-ski music scene at mountain resorts.

SnoCountry scanned the West and came up with a sampling of apres-ski spots where the rockin’ goes on long past the final run of the day.

The days have lengthened, the sun is higher in the sky and the wildflowers are out, as Utah’s winter resorts put on their summer best and welcome the offseason.

Biking and hiking, zip lines and coasters, climbing walls and disc golf, concerts and festivals and the old-fav, a ride up the lift: ski and snowboard resorts in the West are changing gears as warm weather arrives.

Park City To Get New Lift For Teaching, Plus Dining Upgrades

At Park City Mountain, the ropes will go up shortly and the lifts will fall silent. But the summer promises to be bustling as Vail Resorts commits to major upgrades at the massive Utah resoort..

Up, Up And Away: Bowls To Ski And Ride In The Rockies

Choose a mini-bowl to ski at Sun Valley. (Sun Valley/Facebook)

Few experiences on a mountain rival pushing off down a massive alpine bowl, with nothing in your way and infinite lines to follow. And the Rocky Mountain resorts have many to choose from.

In the Woodward park at Copper. (Woodward Copper/Facebook)

In a bit of an ironic twist, the former owner of Park City Mountain will build a Woodward action sports facility north of the city – a project originally planned for the base of the Utah ski and snowboard mountain.

A couple of high-speed chairlifts, upgrades to base lodges and the end of night skiing in Park City make the list of top improvements at ski and snowboard resorts in Utah.

It’s the time of year when the first snow hits the high ridges, the ski shows debut – and resorts begin to announce the day that the new ski and snowboard season will arrive.

Satisfy Your Summer Need For Speed On Alpine Coasters

Hangin' on at Snowbird coaster. (Snowbird/Facebook)

As summer hits its full stride across the West, mountain resorts put their hot-weather activities front and center – including a plethora of mountain coasters that rush down trails and slopes.

The Biggest SnoCountry News Of 2016

Consolidation of ownership, ticketing and even between mountains highlighted the winter resort news of 2016 – all giving skiers and riders more bang for their buck.

Upstate New York specializes in fall colors, and best place to see them is atop Whiteface (Whiteface/Facebook)

For skiers and snowboarders, the first sign of winter comes when the leaves start to color up as the days get shorter and the temps begin to drop. 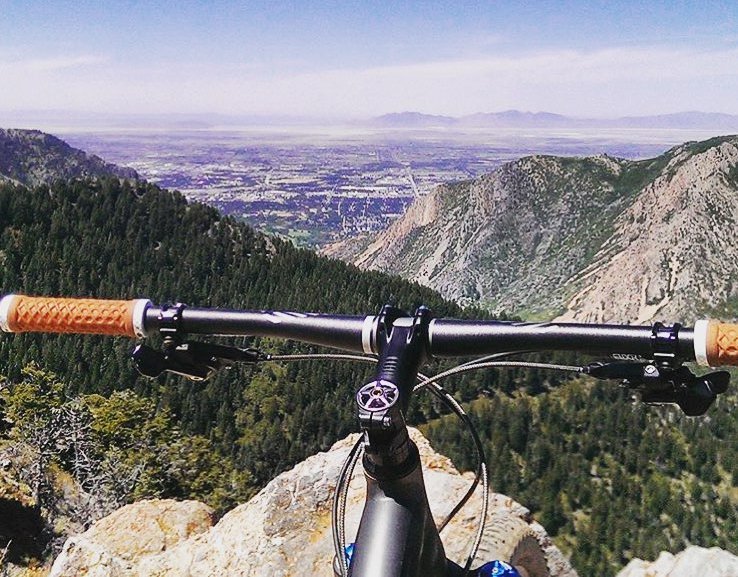 It’s time to buy a tube of sunscreen and floppy hat, tune up the mountain bike and dig out the Birkenstocks: Summer in the Utah mountains is just around the corner.