This week brought more wild swings in the weather country-wide. The West has benefited greatly with building snow cover, and the East eyes the next weekend wintry wallop. Here’s the forecast in this week’s SnoCast.

Last Turns: Most California Ski Resorts Wrap Up Season This Weekend, Squaw Alpine Aims For End Of May

Following a season of masks, spaced-out lift lines, and other restrictions, several of the area’s ski resorts are heading into the final weekend of the year.

80” (or More) of Snow Forecast in California This Week

The Sierra Nevada Mountains in California are about to make up for a dry, fire-inducing stretch of weather in a hurry with anywhere from 3 to 7 feet or more of snow forecast to fall this week.

How Ski Resorts Are Bracing To Survive The Winter

The ski industry already took a hit in the spring when the pandemic struck and many resorts had to close early, leading to $2 billion in losses and causing layoffs or furloughs of thousands of employees, according to the National Ski Areas Association, a trade group. The industry saw its lowest number of visits, 51 million, since the 2011 to 2012 season, the association said.

Back on Aug. 24, Mt. Rose Ski Tahoe posted to Instagram a photo of sunbeams breaking through the clouds and splashing its terrain that overlooks Lake Tahoe.

The holidays are here! For all of you planning to hit the slopes for the Christmas holiday, here’s a look at the forecast and what to expect this year.

A powerful winter storm hit the western U.S. over the Thanksgiving holiday, delivering huge snow totals from California to the northeast. While the storm caused trouble during the busy holiday travel days, the snow made skiers and riders very thankful.

Move Quickly: Spring Skiing Is Sweet But Short In West

This time of year, the snow is melting and bare ground begins to show. But the spring ritual of skiing and riding under a warm sun and on moist, soft snow is a fitting close to any ski and snowboarding season.

A powerful weather system delivers heavy snow across the West through Friday, then leads to lake effect snow during the weekend for the East.

The storms have started to roll across the Sierra Nevada, giving skiers and snowboarders who venture to the Lake Tahoe region a taste of what is to come this season.

Just as doomsayers raised their voices, Mother Nature came to the rescue in the West and turned the conversation to, “When are you opening?”

For many resorts in the Rockies, Sierra and Cascades, the answer is a resounding “soon.” Yes, terrain will be quite limited – often a couple of runs in the beginner/intermediate areas – but many ski and snowboard areas put up cheap ticket deals to get people to the slopes as soon as possible.

Significant snowfall coursed across the northern tier of the Western mountains in the past week, dropping as much as a foot on Steamboat which opens this week. Most Colorado resorts that pushed back their traditional pre-Thanksgiving opening days have put a new date on the calendar. Colorado’s Keystone, Breckenridge, Winter Park and Copper Mountain all dropped the ropes this past week, after a week’s delay. Eldora is set drop the ropes this week.

Farther south, resorts like Purgatory got enough to open while others, like Taos Ski Valley, put it off until snowmaking and natural snowfall will cover more terrain.

Out west In SoCal, Mammoth Mountain has been open for a couple of weeks and, in the Sierra, both Boreal and Mount Rose began spinning lifts this past week while a slew of other Tahoe-area resorts plan to open for Thanksgiving.

Early snow has come fitfully to Utah, but Snowbasin plans to lead the pack with a Wednesday (Nov. 23) start, followed by Park City on Friday (Nov. 25). A bunch of Utah’s 15 resorts haven’t announced an opening yet.

Up in the Northwest, Mount Baker expects to win the race this season by kicking off the season on Nov. 23. Others have coverage, but await more.

OpenSnow forecasters see multiple storm systems rolling in off the Pacific in the next couple of weeks, bringing significant snowfall to the mountains and brightening the prospects for early-goers all across the West.

Stoked Out West: Freshies Roll In Early To California, Colorado 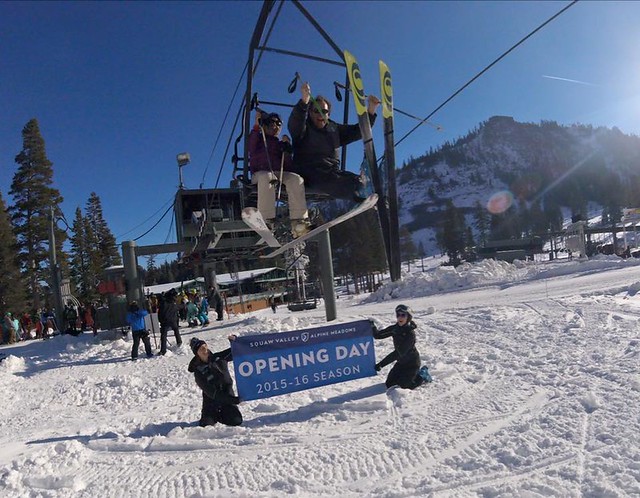 From British Columbia to Arizona – and most everywhere in between – you can hear the yips and yelps as the 2015-2016 western skiing and snowboarding season begins with a bang. 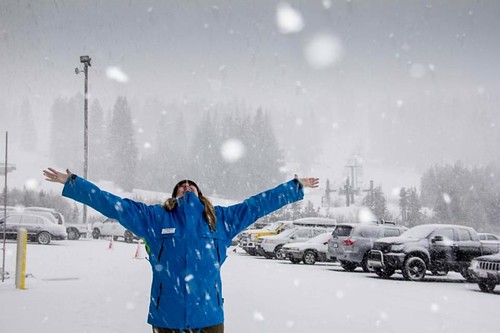 After several seasons of below-average snow, preseason storms have heartened Californian skiers and snowboarders and prompted resorts in the Golden Bear State to set opening dates.

After a snow-challenged 2012-13 season that came on the heels of an industry slowdown, the 14 resorts that ring Lake Tahoe kept upgrades modest this summer. Still, there are a number of improvements.

Plans for 11 beginner-intermediate runs and more snowmaking at Mount Rose, Nev. have received a preliminary nod from the U.S. Forest Service and now go out for public comment.