Summertime at ski and snowboard resorts in the Great Northwest packs in all manner of adventure, food and new perspectives.

The Snow Gods have been spreading the wealth around the country this season, and now is the time for the Pacific Northwest to count its blessings.

After a decent start to the season – though nothing historic -- the ski and snowboard resorts in Washington and Oregon gathered steam in late January and early February. OpenSnow.com reports that the jet stream that dumps on Lake Tahoe, Utah and Southern Rockies has slipped northward – good news from the resorts of the Cascades and beyond – but Pacific storms may soon take a break.

Always critical in the ocean-sensitive Northwest is the rain-snow elevation, but skiers and riders from the region know how to adjust to widely varying conditions.

“Heavy snow, spotty freezing rain, a rain/snow mix (above 5,500 ft.) – then back to snow,” reports OpenSnow’s Larry Schick. “A low with a warm front is moving in from the Southwest. This system is the causing of the variety of precipitation and this wild weather transition.”

The first weekend of February brought double-digit snowfalls to many resorts, including Summit at Snoqualmie, Stevens Pass and White Pass with at least three feet. But, again, the threat of thaw has been ever present. At Crystal Mountain, some 250 inches have fallen but the settled base is 77-88 inches.

In Oregon, a few dumps came early but resorts have had to make do with intermittent snowfall throughout the first two months of the season – and fluctuating temperatures around freezing. For example, Mount Hood SkiBowl reports 209 inches of snowfall this season, settling to about 80 inches of base.

The long-term forecast doesn’t have any major dumps on the horizon, but OpenSnow predicts colder temps and modest snowfall that to keep base depths on the mountain longer.

“Between February 13-17, the western U.S. and most of Canada will experience high pressure, sunshine, and mostly dry weather,” said OpenSnow’s Joel Gratz. 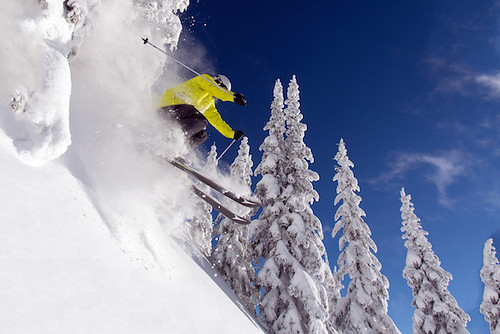 One of the widest reaching of the relatively new multi-resort passes — the Powder Alliance — has jumped the border into Canada, adding British Columbia's Silver Star to its list of western U.S. participants.