JMA Ventures President Art Chapman remembers the days when Homewood Mountain Resort had six or eight ticket windows open with lines leading up to each window.

As we close the book on 2021, we’ll get off to a busy snow start for the new year. A storm treks from coast to coast delivering new snow from the Southwest to Quebec. Details in this week’s SnoCast.

So much to cover in this week’s SnoCast as we dig out from feet of snow in the west, and eye new snow in the Midwest and Northeast—everyone gets something to finish off January.

A few improvements have sprung up at California resorts this season but, more importantly, state officials said that ski and snowboard mountains can stay open regardless of which Covid "tier" their county falls under.

UPDATE 12/19/16: Homewood lifts will be opening Thursday with top-to-bottom skiing starting at 9:00 a.m. Guests can access the upper mountain via Madden Chair, which is located at the North Lodge.

The South Lodge at Homewood Mountain Resort was engulfed in flames early in the morning of Dec. 28, forcing the California mountain to close temporarily.

North Lake Tahoe firefighters responded at 3 a.m. to the day-trip mountain on the shores of Lake Tahoe, finding one of two base lodges at the resort “heavily involved” in flames.

“No injuries have been reported, and fire suppression efforts managed to keep the fire isolated to a single structure,” fire officials said on the district’s Facebook page.

Mountain officials shut off the lifts and barred any visitors for the day, as firefighters remained to keep the fire isolated and to clean up on location. The building was a total loss.

Statements later in the day indicated that officials hope to get the 1,260-acre ski and snowboard mountain on the west shore of the lake up and running for Dec. 29.

The South Lodge is located at the base of the Quail Chair and housed a restaurant and administration offices. The larger North Lodge, just up the road with the bulk of visitor parking, was not damaged.

Updates will be forthcoming on SnoCountry.com as to when Homewood will reopen. 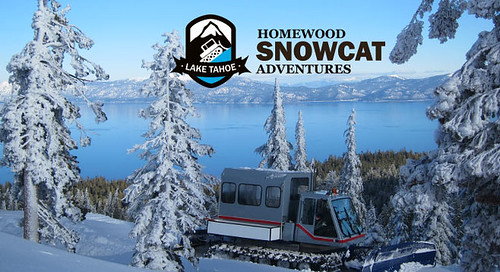 A number of Rocky Mountain resorts and companies run off-piste snowcat powder tours, and now Homewood Mountain Resort will become the first in California to haul powderhounds to their heaven.

The scenic chairlift ride, the downhill mountain bike run and the alpine hiking trek have long been standard fare at summer mountain resorts – but the focus has moved off-mountain lately.

A seven-year public and legal battle over transforming day-skier Homewood Mountain Resort into a major player among Lake Tahoe destination resorts has been settled.

Homewood Transformation Goes Back To Drawing Board

Proposed plans for the expansion of Homewood Mountain Resort have been put on hold by a federal court ruling.