Ski Or Ride With The Legends And Improve Your Game 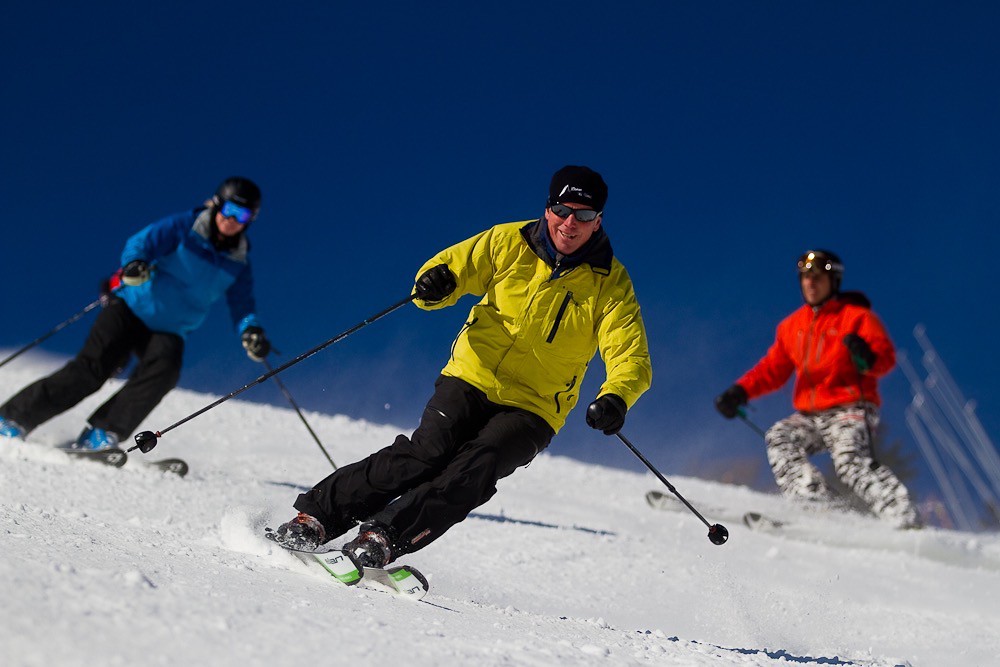 A great way to create a lifetime of wonderful memories is to ski or ride with a legend.

The legends I’ve met are tremendously talented athletes, but they are also great teachers and friendly people who enjoy inspiring us while helping us improve. 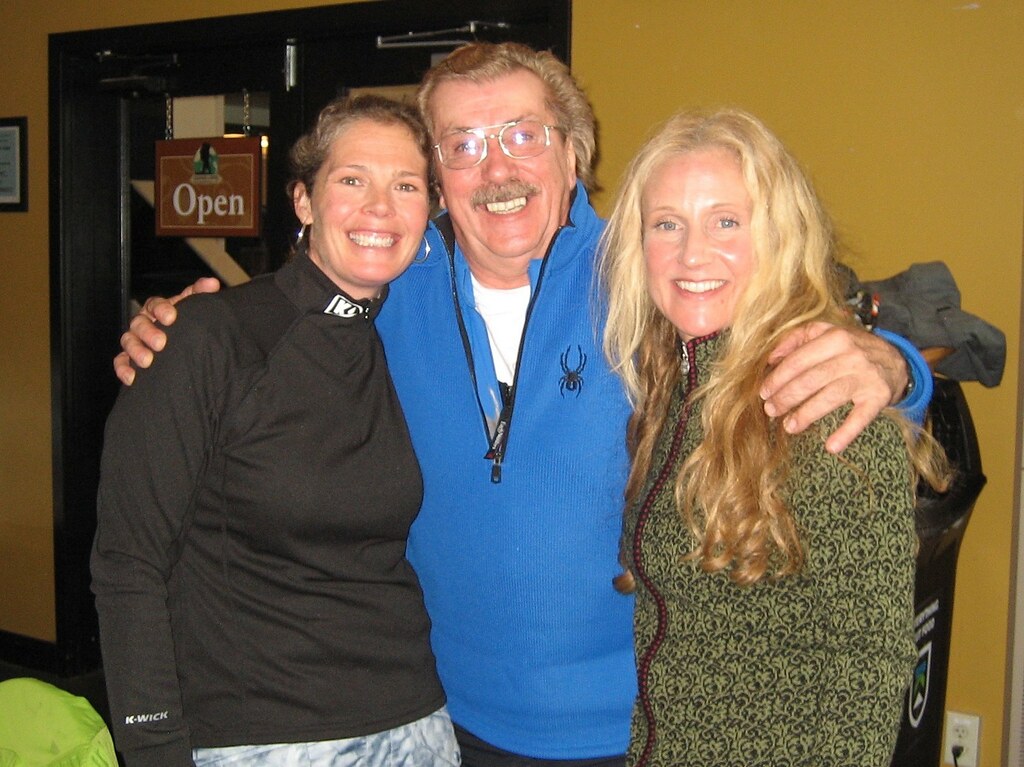 When I sampled a Donna Weinbrecht bump clinic, I wanted to go last as it was my first day out. Sensing my nervousness, Olympic Gold Medalist Picabo Street said, “I’ll ski with you, go ahead.”

I did, but realizing she could see how I was skiing, I asked to follow her.

Not only did I get over my jitters and enjoy Donna’s lesson, I’m still getting mileage out of  “following in Picabo’s tracks.”

Donna drilled us in short turns and had speedster Street exclaiming how tiring that was. In a later address, Street noted, “Donna rocked my world today!”

Here’s a sampler of legends who can rock your world with camps, clinics, and/or guided skiing this winter. 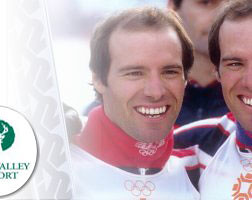 Phil and Steve Mahre, who won gold and silver medals in the 1984 Winter Olympics, run the Mahre Training Center Ski Camps. The brothers have developed their own unique system of progressions and enjoy sharing their techniques. This year they’ve done three sessions at Deer Valley Resort with one more to go, a three-day camp February 26 - 28, 2016

Who’s the friendliest and winningest bump lady in the world? That would be Olympic Gold Medalist Donna Weinbrecht who took the first Olympic gold in freestyle moguls (1992) and counts World Champ and five-time World Çup moguls gold among 46 wins.

Mogul Camps with Donna and Killington’s top coaches are March 12-13 and April 2-3. The latter includes preparation for the Annual Bear Mountain Mogul Challenge. Donna honed her bump skills on Bear Mountain, noting, “After Outer Limits I wasn’t afraid of anything.”

He won gold in downhill and silver in Super G at the 1994 Olympics, but in talking with Tommy Moe, he jokes “people under 46 don’t know who I am.” 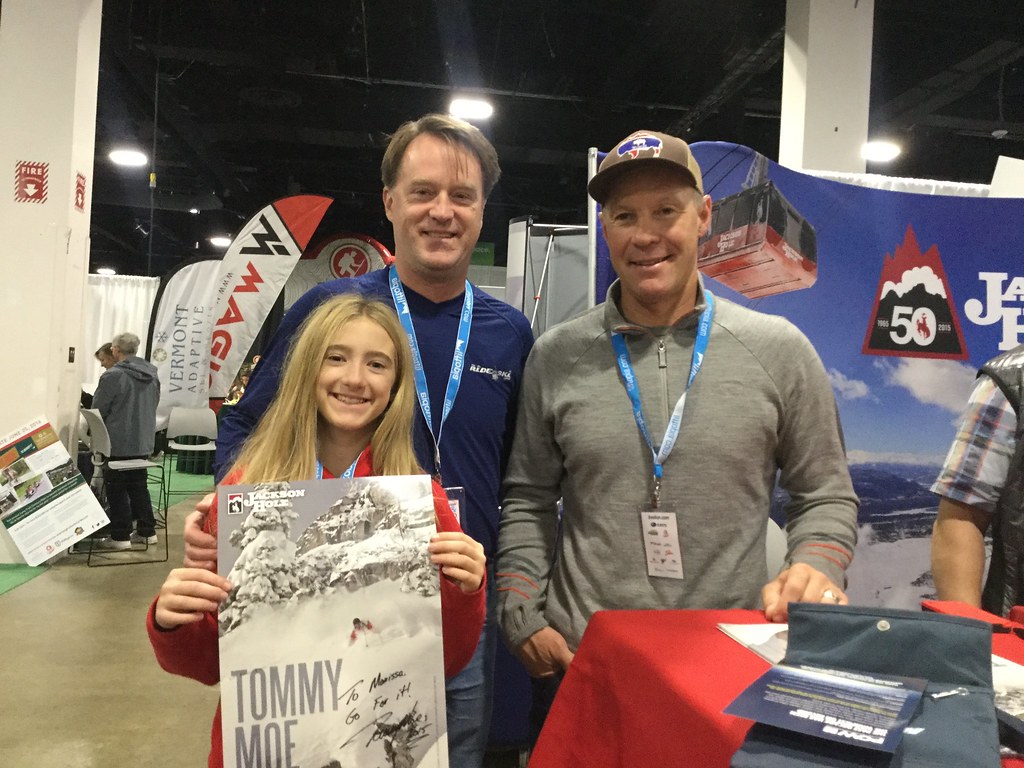 As an ambassador for Jackson Hole in Wyoming, Moe signed posters at the 2015 Boston Ski and Snowboard Expo and told SnoCountry.com about his backcountry guiding, mountain tour, and instructing services at Jackson Hole. He’s also a motivational speaker and a popular presenter for events. Learn more about spending time with this affable legend at jacksonhole.com/ski-tommy-moe.

John Egan starred in Warren Miller films as a top adventure skier. One of the original members of the North Face Extreme Team, he and brother Dan helped to pioneer extreme sports.

John offers private coaching this season at Sugarbush, Vt., in whatever you desire — tree skiing, cliff jumping, hike-to-get-to runs, backcountry ski mountaineering, or improving your skill set. Reserve 6, 3, or 2-hour sessions (you can add a person) through the ski school (sugarbush.com/lessons/egan-adventures/).

Dan Egan enjoys leading skiers on a variety of mountain adventures. His Explore the Beast camp runs Feb. 20-21 and March 19-20 at Killington (killington.com/site/lessons/adult_programs/explore_the_beast).

Anyone can compete in NASTAR races, but to get better it helps to have coaching, notes four-time Olympian and former World Cup racer, A.J. Kitt. A NASTAR pacesetter since 1999, Kitt coaches at regional NASTAR clinics. The Welch Village, MN, Midwest NASTAR Championships (Feb. 27, 28) will offer a 7 p.m. race clinic on Feb. 26 (SL & GS). Clinics prior to the Steamboat Springs NASTAR Nationals start March 22 (NASTAR.com).

As Tommy Moe wrote on Jackson Hole posters, “Go for it!”