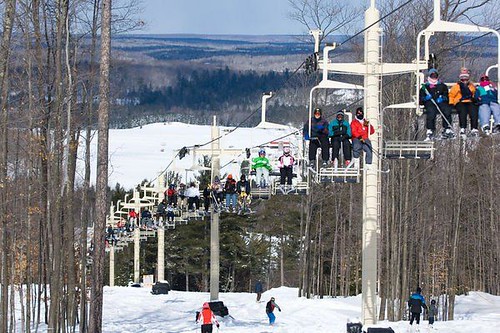 Good news for skiers and riders in Michigan’s UP and northern Wisconsin, Norway Mountain is again selling season passes and plans on reopening after being closed the past two seasons.

The ski area closed suddenly in 2012 after 20-plus years of operation, and that was after previous owners had made several improvements in prior years. The 500-foot ski hill always had a loyal following. It is an upside down ski area with all the amenities on top where you start your day on the slopes. They plan to reopen with the 17 trails, two terrain parks and six lifts—three chairs and three surface tows—that Norway Mountain previously offered.

The new owners, Neil and Kris Urban who are relocating from southern Wisconsin, have been busy this summer sprucing up the place and working on some additions to the hill. Some of the improvements include building a downhill mountain bike course; flow tracks, inline tracks and pump tracks for future summer use. Plans call for expanding snowmaking and grooming for the coming winter, and they want to bring back racing in a big way, according to Neil, who was a professional racer for a few years.

“We’re building something really nice here and plan to be open year round with summertime activities,” he told the Iron Mountain Daily News. “Ski conditions are going to be improved, and we want racing back. We want people to know that team Norway is coming back.

“I’m pleasantly surprised with how little deterioration there was for being closed for two years. All of the equipment and chairlifts still worked just fine.”

The restaurant, bar and cafeteria are being updated and will be fully open this coming season.

“We’re excited and looking forward to a great winter,” he concluded. “People in the area are also excited and getting real interested in what’s going on. All day long it’s just a revolving door of cars going up and down the hill. They want to see what’s going on and how it’s coming.”

The new owners hope to have the snow guns going full blast by Thanksgiving, and, if the Polar Vortex is still hanging around like some are predicting, perhaps before.