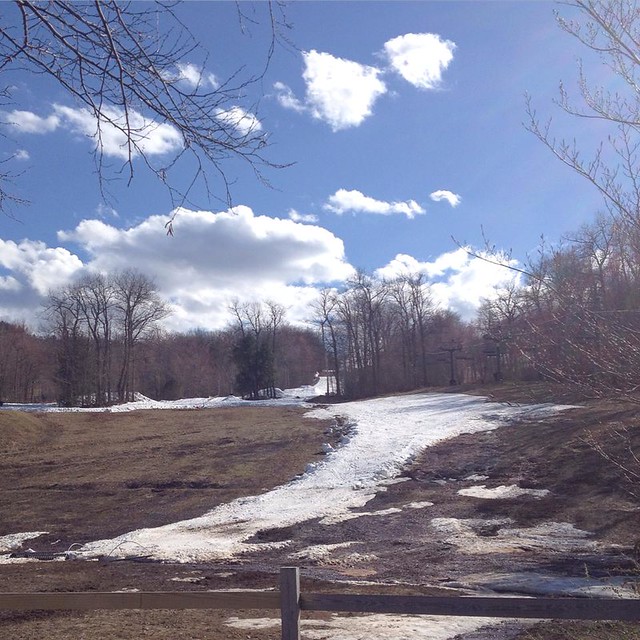 Patches of snow still dot the hillside at Wachusett Mountain Ski Area, further evidence of one of the most memorable winters ever for the central Massachusetts’ ski resort. Wachusett wrapped up its  historic winter this month with numerous records and accolades.

Lift-Served Skiing in May: After initially ending its season April 12 marking 130 days of operation, Wachusett re-opened May 2 with lift-served skiing for the first time ever. More than 400 skiers and riders enjoyed the day on a portion of Hitchcock trail served by the Vickery Bowl triple chairlift. An additional 100 skiers/riders also were on hand to compete in the mountain’s annual Cinco de Mayo Rail Jam in the terrain park on Look Mom Trail.

“Re-opening in May was a testimony to this incredible winter,” said General Manager David Crowley.  “Our staff did an amazing job working with the snow still on the mountain to give our customers one more fun day on the slopes.”

Record Natural Snow: Wachusett recorded a record-smashing 143 inches of natural snow this season, almost 50 inches over the season average.  Approximately 120 inches of that total fell in less than 30 days from Jan. 24 to Feb.22. Skiers and riders saw huge temperature ranges this season with a low of -15 degrees Feb. 24 and a high of 65 degrees April 12.

Ski Patroller Ed McNamara Wins Dole Award: Long-time Wachusett Mountain Ski Patroller Ed McNamara of Sterling, Mass. was awarded the prestigious Minnie Dole Award from the National Ski Patrol this spring.  The extremely rare award recognizes those exceptional patrollers who have closely exemplified the long-term dedication of National Ski Patrol found Charles “Minnie” Dole.  McNamara was cited for his more than 30 years of service at Wachusett and being an active contributor to the NSP for more than 15 years

Photo: It was a record year in many ways for Wachusett Mountain and there are still snow patches in mid-May (Wachusett/Facebook)