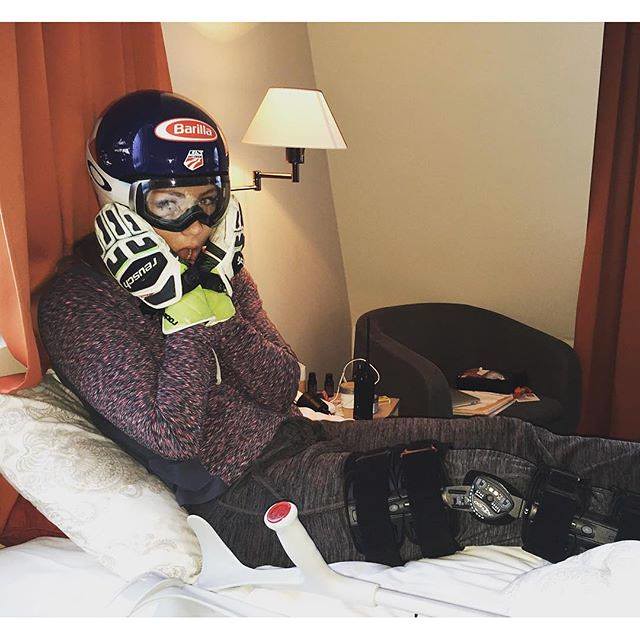 Lindsey Vonn won her first giant slalom Saturday at Are, Sweden since her near career-ending 2013 World Championships crash.

Vonn captured her fourth straight victory and 71st overall, prevailing by .07 of a second over two runs in Åre, Sweden (full results). But, the rest of the U.S. Ski Team news was a downer.

Team-mate and potential challenger for the overall World Cup Mikaela Shiffrin was injured free-skiing Friday and did not compete. Results of an MRI on her knee were not released as of this writing.

Vonn padded her standings lead for the World Cup overall title, the top prize this season with no Olympics or World Championships.

“The old woman still has some tricks up her sleeve,” Vonn, 31, told media in Åre. “I’m not maybe as agile as I used to be. I’m not maybe as explosive. … My experience paid off.”

Shiffrin stands in second place — 104 points behind — but is now very much in doubt to rival Vonn’s quest for a fifth overall title the rest of the season.

Bonn’s best disciplines are the faster downhill and super-G, and said she had not trained for the GS.

“Ted was upset about the start time, 9:30 [a.m. local time] start time where the top part’s in the sun and the bottom part’s in the shade,” U.S. coach Sasha Rearick told media in Val d’Isere, presumably talking about changing light conditions for the second run three hours after the 9:30 run. “He was very dramatic about how he was upset about it. … I think he never got his mind off of that.”

Slalom races are on tap Sunday at both Are and Val d’Isere.