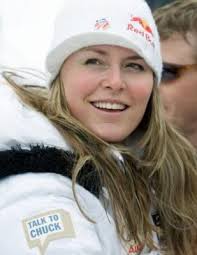 Vail/Beaver Creek’s John Garnsey received the Julius Blegen Award, given to “a dedicated USSA volunteer for a lifetime of service to the sport.” Garnsey was the key leader and force behind both the 1989 and 1999 FIS Alpine Ski World Championships held at the Colorado resorts. He was also the catalyst for Vail/Beaver Creek being awarded the upcoming 2014 event.

His career began at Waterville Valley, N.H., and soon brought his race management skills to Vail and Beaver Creek. He was President of the Vail Valley Foundation and is currently President of International for Vail Resorts.

Chip White of Mammoth Lakes, Calif., with 15 years as a ski team coach, received the USSA International Coach of the Year award. White guided the women’s speed team to “best in the world” status this winter, by winning the nation’s downhill standing by a 636-point margin over Austria.

Six of his athletes – Vonn, Stacey Cook, Julia Mancuso, Alice McKennis, and Leanne Smith – all had top seasons under his coaching.

FLY Freestyle, based at Utah Olympic Park in Park City, has been named the 2012 USSA Club of the Year as well as Freestyle Club of the Year. FLY, founded in 2001, has consistently grown from year-to-year and continues to place its club athletes on the national team.

Sarah Schleper, Vail, Colo., won the Buddy Werner Award, presented to an outstanding USSA athlete who demonstrated leadership and good sportsmanship. Over the course of her 15 years with the U.S. Ski Team, the 33-year-old Schleper has raced in four Olympics, five World Championships and amassed 186 World Cup starts.

What It Means: The results from the just-ended season were astounding. No other way to say it. USSA has indeed risen to the top levels of world competition. That’s a great harbinger as 2013 brings the FIS Alpine World Ski Championships in Schladming, Austria and 2014 means the 2014 Winter Olympics hosted by Sochi, Russia. SnoCountry.com sends congratulations to all award winners.