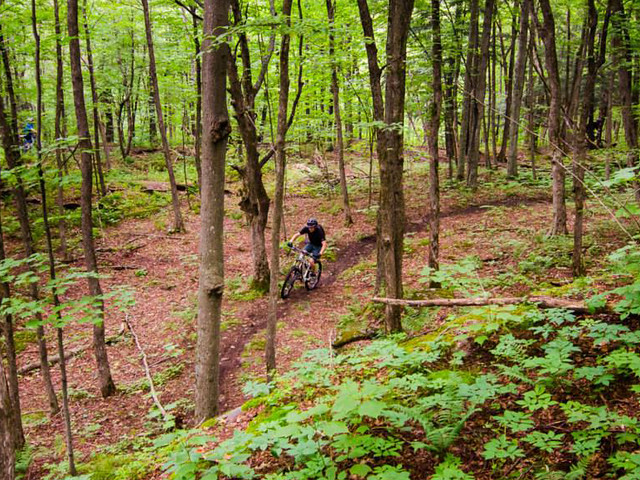 The Town of West Windsor, Vt., Selectboard has approved the creation of a steering committee that will establish Mt. Ascutney Outdoors, a non-profit group that will manage and maintain the assets and recreation opportunities of the West Windsor Town Forest.

Laura Farrell, founder of Vermont Adaptive Ski and Sports and the Vermont 50, and Cochran’s Ski Area event coordinator, grant writer and fundraiser, is heading up the steering committee.

The well-established Sports Trails of the Ascutney Basin (STAB) would also be part of the non-profit.

“We are modeling our community ski area after Cochran’s in the way it will be run and managed, with a couple of paid staff and volunteers,” Farrell told SnoCountry.com. “People are starting to see the value of small ski areas. They can be feeder programs, and large areas can be limiting because of their price. Skiing is an important part of Vermont, and it’s important for our kids to learn to ski. We’ll make it affordable for anyone who wants to ski.”

Farrell added, “We’ve got a strong community that wants to make opportunities available. People come for the recreation, but they stay for the community.”

The Trust for Public Land has secured 83 percent of the funding needed to acquire the 479 aces on which Acsutney Mountain Resort once operated. The purchase of the land would be added to the existing West Windsor Town Forest.

TPL hopes to transfer the land to the town of West Windsor at the end of 2015.

A conservation easement would be created over the entire town forest. In addition to forestry management, the easement would allow for community non-profit ski area to operate.

“The top third of the mountain will be offered to backcountry skiing, with some of the trails maintained,” Wanner told us. “The lower two-thirds will allow up to three lifts to be built.” One former lift still exists on the property.

Mt. Ascutney Outdoors needs to fundraise for equipment, lifts, and other infrastructure, like a warming hut. The former Mt. Ascutney base lodge, which burned down in January, is not part of the land purchase, but Wanner says TPL is trying to get assistance to remove the old structure.

Visit The Trust for Public Land to donate to the project.

Photos: Top — The Town of West Windsor hopes to revitalize Mount Ascutney's future as a year round recreation area. (Sports Trails of the Ascutney Basin); Bottom — Mt. Ascent Outdoors also will provide mountain bike trails for the community. (The Trust for Public Land)