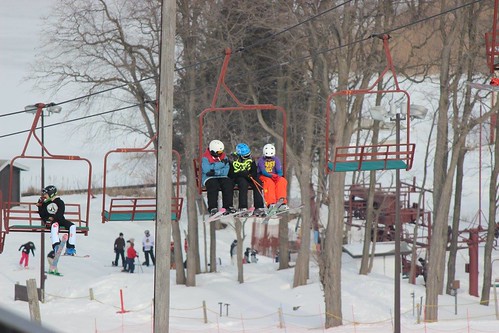 Vail Resorts has added Wilmot Mountain, along the Wisconsin border between Chicago and Milwaukee, to its stable of recent Midwest urban ski area acquisitions; Afton Alps, near the Twin Cities, and Mt. Brighton, near Detroit.

Chicago, with an estimated three-quarter-million skiers and riders, has long ranked as a top market for western ski resorts. Vail has eight mountain resorts in California, Colorado, Nevada and Utah.

"We plan to offer our Chicago and Milwaukee guests new season pass offerings that will provide the chance to experience the best skiing and snowboarding locally and in the West and we will use our best-in-class technology to create more sophisticated channels of communication with everyone who skis at Wilmot," said Vail Resorts chief Rob Katz in a prepared statement.

No sale price was disclosed, but Vail spent $10 million each for Afton Alps and Mount Brighton in 2012 and has invested $10 million in upgrades at each Midwest location.

Katz credited the Walter Stopa family, who opened the resort in 1938, with creating a ski area, “steeped in skiing tradition and enjoys tremendous brand recognition among Chicago and Milwaukee skiers and snowboarders thanks to the passion and dedication of the Stopa family over the last 75 years.”

A person involved in the Midwest ski industry who asked not to be identified said, “It’s like a rising tide that will float the industry a little higher and will bring more attention to our industry in the Midwest. All the ski areas around Minneapolis and Detroit seem to be doing fine since Vail came into those markets. I think it’s a good thing.”

Wilmot, one of the oldest ski areas in the nation, has a long proud history.

Helmut Teichner, a U.S. Ski Hall of Fame member, opened the Wilmot ski school in 1939 and over the next 50 years is credited with teaching more than a half-million Midwesterners how to ski. He retired in the 1990s, but the ski school has continued that tradition. The ski area was also first in the region to develop and implement snowmaking with rubber hoses, aluminum pipes and sprinkler heads.