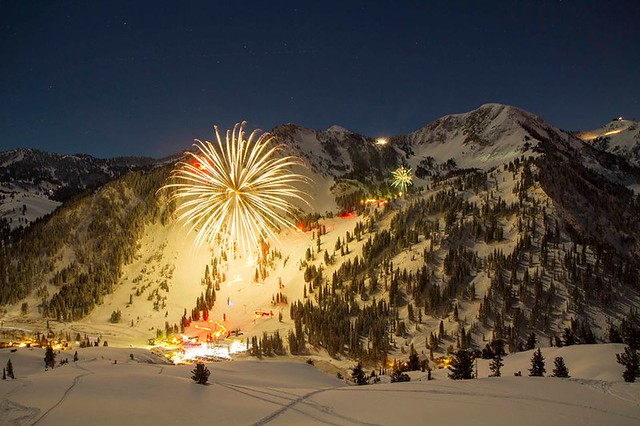 A check of any snow forecast for Utah during the holiday season, and you’ll see nothing but snow, snow, more snow – and plenty of festivities.

OpenSnow reports consistent snowfall through Christmas Day, with total accumulation expected to be three, maybe even four feet when all is said and done. Clouds should clear out for multiple bluebird days between Christmas and New Years Day.

Speaking of New Years, torchlight parades are staples of the last evening of the year at U.S. ski and snowboard resorts – and Utah mountains are no exception.

At Alta, however, they’ve always put a different spin on the evening’s lighting of the slopes: Anyone can participate.

“I am not sure how long we have done the parade,” Alta’s Connie Marshall told SnoCountry.com. “It has always been open to the public. I know for sure it has been 50 years.”

For $10, adults and kids can load up the Collins Lift at 5:15 p.m. on New Years Eve and ride up to the mid-station (where the lift makes a turn). Torches will be handed out to adults, and youngsters must light up their descent with a helmet headlight or flashlight.

Once assembled, the mass descent winds slowly down Meadow and Corkscrew to the base area.

All participants must be able to ski at a slow pace. They must buy a ticket in advance at either ticket office or the skier services desk prior to 5 p.m. on Dec. 31. All proceeds go to the Utah Food Bank.

Other Utah happenings on New Year’s Eve include hot cocoa and waffles on the Plaza Deck at Snowbird from 3 to 5 p.m., followed by torchlight parade and fireworks.

In Big Cottonwood Canyon, the festivities at Solitude begin at 6 p.m. as staff members wind down the slopes as a synchronized team.

Photos: Top -- You can be part of the Alta Torchlight celebration New Year's Eve (Alta/Facebook); Below -- The pow at Snowbird could be looking like this as the New Year arrives (Snowbird/Facebook) 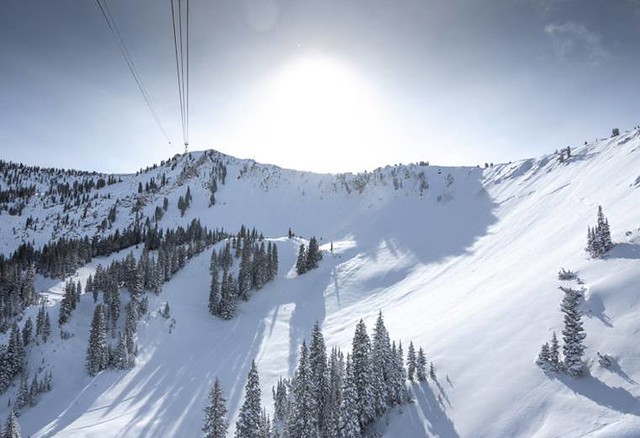