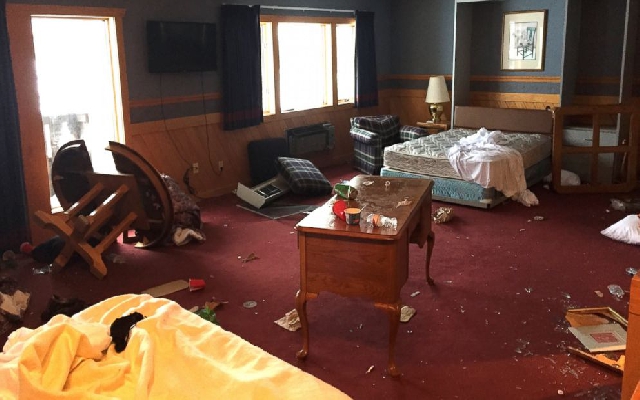 UPDATE (Jan. 27, 2015) Six University of Michigan fraternities and sororities have now been suspended by their national offices after causing thousands of dollars worth of damage at two ski resorts, according to university officials.

ORIGINAL STORY: Fraternity and sorority members from the University of Michigan were allegedly involved in causing extensive damage at Treetops Resort and Boyne Highlands in Michigan.

Reports attribute more $75,000 worth of damage to 50 rooms at Treetops caused by 100 University of Michigan students allegedly members of Sigma Alpha Mu fraternity. They were escorted from the property by police. The investigation is still underway and charges may be filed. The University has apologized and the fraternity has been suspended. A sorority, Sigma Delta Tau, may have also been involved, but no early word on their fate.

“There was alcohol everywhere unopened, opened. It was completely trashed, a total disregard for property, very juvenile,” Michigan State Police Sgt. Jeff Gorno told media. “It was shocking and surprising for my officers, even as long as they have done this. I think it’s the worst incident we’ve ever had up here like this.” 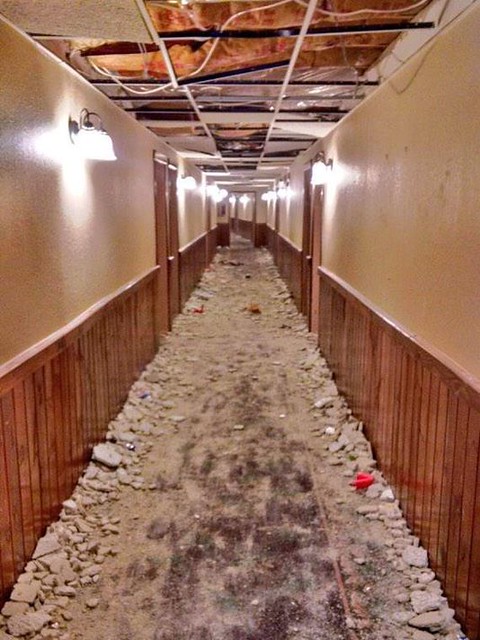 “I’ve never seen anything like this in over three decades of resort management,” said Owens. “I am just appalled. These young people lied to us. What horrible integrity. They said they would calm down, and it just got worse. They didn’t even ski and just came to party.”

Furniture was trashed, and there was extensive damage to carpets, walls and ceilings in the rooms. People who do bio-hazard cleanup were called in to help clean up the mess and all the spills.

Boyne Highlands who also had students from the University of Michigan at the resort reported similar damage on a smaller scale to the inside of 12 condominiums on property.

“We host student groups like this all the time on property, and normally we have very little problems,” Boyne's Erin Ernst, told SnoCountry.com. “The students caused extensive damage, broken doors and furniture, holes in the drywall, broken fixtures and carpet ruined. It’s the worst we’ve ever seen. It’s disappointing to see this kind of behavior and disrespect to private property. It may prompt us to rethink our rental of units to college students, or raise damage deposits required.”

She said they were still assessing the dollar amount of damage, but the amount would be “in the thousands.” No arrests were made, and they are attempting to work out all the charges for repair and cleanup with the groups involved. The fraternities and sororities were later identified as Pi Kappa Alpha, Chi Psi, Delta Gamma and Alpha Phi. The university’s Office of Greek Life is reportedly requesting indefinite suspension from the national chapters for each organization involved.

What hasn’t been calculated yet was how much the resorts will lose by not having the rooms and condos in the rental pool as big weekends and spring events will be coming into play over the next few months. 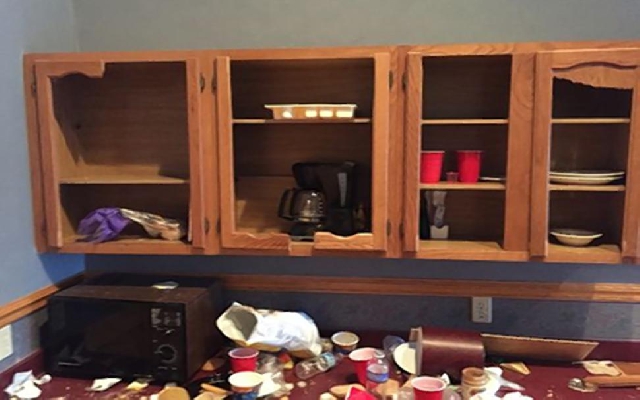