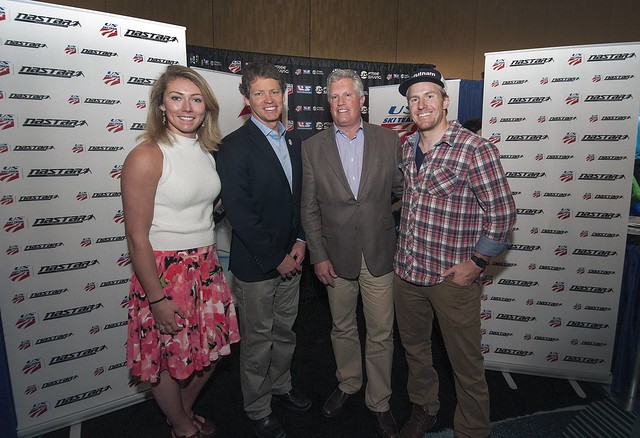 This integration with NASTAR is designed to capitalize on the global success of U.S. Ski Team athletes, bringing greater awareness to the sport and value to the industry, while motivating participants of all ages to get involved in ski racing.

The announcement was made Monday at the National Ski Areas Association annual convention in San Francisco by U.S. Ski and Snowboard Association (USSA) President and CEO Tiger Shaw, along with Active Interest Media (AIM) President and CEO Andy Clurman. AIM presently owns NASTAR, SKI and Skiing magazines and Warren Miller Entertainment. The USSA is the parent organization of the U.S. Ski Team and manages grassroots, development and elite ski racing programs across America.

NASTAR, which began in 1968 under the wings of SKI Magazine and its editor John Fry, is a recreational ski racing program in place at 115 resorts nationwide with over 165,000 racer days each year. Using the NASTAR handicap system, skiers at local resorts can compare their times against those of top U.S. Ski Team athletes.

The USSA and AIM have executed a letter of intent, which includes the USSA assuming operational control of NASTAR beginning this year, including program and event management as well as sponsorship and media rights.

“Being able to integrate NASTAR directly into our programs will allow us to better include competitors of all ages, encouraging them to expand their participation in ski racing and connecting them with USSA clubs and racing system nationwide,” said Shaw. “It brings together two of the strongest brands in ski racing and will help us to not only engage a new generation of ski racers, but also to have significant impact by extending our brand to new fans and USSA members.”

The partnership is a vital part of the USSA’s efforts to activate more young skiers into the sport across America. It expects its integration with NASTAR to help grow awareness and to serve as a recruiting tool for the USSA’s 400+ local clubs across the country.

The program will be administered through the USSA’s events department, which has a strong background in managing major national and international events. The USSA is presently engaged in an operations transition plan with AIM.