U.S. Men, Women Off To Strong World Cup Weekend Starts; Vonn Back On The Course 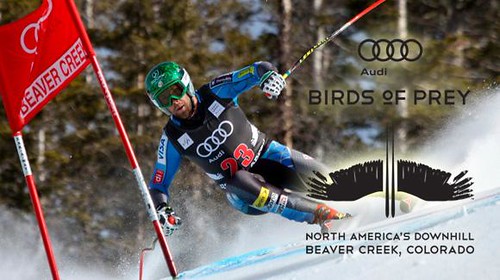 Steve Nyman (Sundance, Utah) skied to a third place finish at Beaver Creek, Colo. Friday (Dec. 5) in what was billed as “North America’s Downhill.” Travis Ganong (Squaw Valley, Calif.) was fifth. Beaver Creek will be the site of the World Alpine Skiing Championships in February.

It was Nyman's fifth career podium finish in his 13-year career with the U.S. Ski Team and his third at the Colorado resort. He finished second in 2007; third in 2006. Kjetil Jansrud of Norway won the Beaver Creek downhill race for his third consecutive World Cup victory, while Beat Feuz of Switzerland was second. Nyman was just.02 behind for third. A super G is scheduled Saturday, followed by a Giant Slalom Sunday for the men.

Meanwhile, North of the border at Lake Louise, Canada, Laurenne Ross (Bend, Ore.) led a solid effort by the U.S. Ski Team women that saw four athletes in the top nine, including the return of a healthy Lindsey Vonn (Vail, Colo) in the first of two Audi World Cup downhills at Lake, Canada. Vonn has won at Lake Louise 14 times — so many it has been nicknamed Lake Lindsey.

It was the first World Cup race for Vonn in nearly a year. Her comeback a year ago following a serious accident on a training run leading up to the World Championships was cut short by a re-injured knee forcing a second surgery. Vonn said she felt strong in training all week and was satisfied with her first day back in World Cup competition.