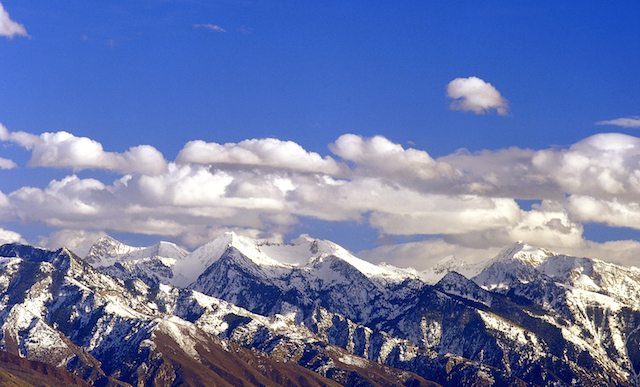 Conversations have begun in earnest to figure out how to more efficiently connect Salt Lake City with seven of Utah’s ski and snowboard resorts -- and reduce environmental impact at the same time.

The 20-member, public-private Mountain Accord consortium has scheduled public hearings on a number of proposals –some linked, some separate, all prospective – to find ways to balance growth in the Salt Lake City area and human impact on the nearby Wasatch Mountains.

The plan, discussed for several years and coalesced in the last three months, focuses on a balancing act found in many resort areas in the West: how to move people in and out of the mountains without messing up the experience that they came for.

One serious player in this process will be Ski Utah, which advocates for all 15 Utah resorts. Earlier this year, Ski Utah unveiled its One Wasatch vision, which foresees connecting the three Park City-area mountain with the four resorts in Little and Big Cottonwood Canyons. No details have been worked out for this project, which would include considerable private investment in new ski lifts.

Nathan Rafferty, executive director of Ski Utah, has termed the Mountain Accord public input sessions “a starting point … further than we’ve gotten before.”

“I can tell you this: connectivity, in whatever form it takes (ski run, train, gondola, bus rapid transit), will improve the quality of the experience in the central Wasatch mountains for both locals and destination visitors alike,” Rafferty told SnoCountry.com.

The challenge of any transportation overhaul around Salt Lake City will be to handle a growing population in the basin – estimated to rise from current 1.1 million to 1.6 million in 2040 – and increased tourist visits – expected to jump from 5.7 million to 7.2 million over the same time period.

Mountain Accord has proposed a combination of bus and train travel that would link with existing and expanded transit systems in the Salt Lake City:

· A train up and over Parley’s Summit to Park City.

· A train that loops through the entire area.

“Instead of connecting the resorts via ski lifts, the Mountain Accord Blueprint proposes to connect major recreation and economic centers, including the resorts, via transit and trails,” Mountain Accord’s Laynee Jones told SnoCountry.com. “Ski lift connections are not included in the Mountain Accord proposed Blueprint.  The transit connections proposed would be year-round, all-weather, and would also connect the population bases in the Park City area and the Salt Lake Valley with the resorts and other recreation opportunities in the mountains, thereby reducing the need for automobiles.”

Environmentalists and backcountry enthusiasts have opposed the One Wasatch plan as an invasion of already-congested wild lands, and remain skeptical about the new plan’s negative impact on the Wasatch back country.

For more information on the Mountain Accord, click here. 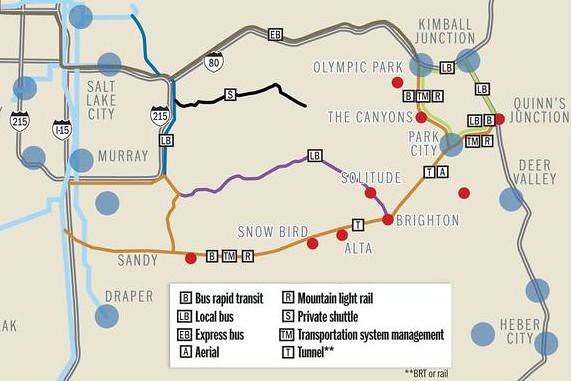