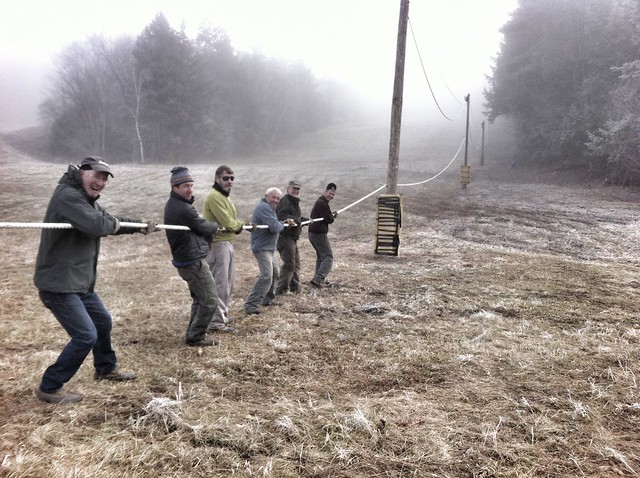 The Trust for Public Land has succeeded in protecting 468-acres of the former Ascutney Mountain Resort for the town of West Windsor and adding it to the existing 1,112-acre West Windsor Town Forest.

Mount Ascutney Outdoors is a nonprofit organization responsible for developing, managing and financing recreational opportunities on Mt. Ascutney. They hope to make these opportunities available and affordable for all.

In anticipation of the land purchase, Mount Ascutney Outdoors has nearly completed a 1,000-foot rope tow for this winter, and hopes it will be ready for Christmas vacation. The rope tow will be free for anyone to use.

The rope tow will access at least three wide groomed runs, and will also provide access to the mountain’s backcountry ski trails.

“The rope tow is a way to get back on the mountain and get excited for winter,” Mount Ascutney Outdoors Executive Director Laura Farrell told SnoCountry.com. “We’re so excited to have this area open and free for everybody,” she added.

The nonprofit has also secured two donated groomers and has prepared for cross-country, snowshoeing, and fat bike trails and will to also offer ice climbing this winter. Farrell told us they hope to add another lift, snowmaking, and lights eventually to the trail system.

A conservation easement ensuring permanent protection has been placed over the entire 1,580 acres, securing the extensive trail network.

“Because the land is not owned by a private entity, we now know this land and trail system is not going anywhere. It is secure and sustainable. The town is very much behind developing this as a recreational hub. The town is know for being a place to come and ski, hike, mountain bike and run,” Farrell told us.

The Mt. Ascutney resort closed in 2010, and the land came back on the market in 2013. At a special town meeting in October of 2014, voters of West Windsor overwhelmingly approved to move forward with negotiations to purchase the land. Many voted with the hopes a small ski area would reopen and the mountain bike trails would be preserved.

An Inaugural Winter Fest & Rope Tow Dedication is set for Feb. 6, 2016. In addition to a special dedication of the newly installed rope tow, the event will feature “Fatscutney” a fat bike race on the Ascutney Trails network, a Tiki Torch Snowshoe, a fun downhill race for skiers and snowboarders of all ages, and s’mores by the fire.

Photos: Ascutney Trails volunteers weave the rope tow that will open this winter. (Ascutney Trails/Facebook); Below -- Memories were made of days like this at Ascutney Mountain (Mt. Ascutney) 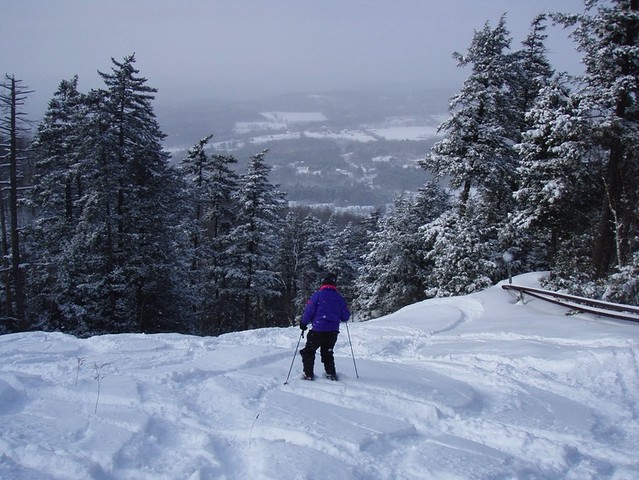