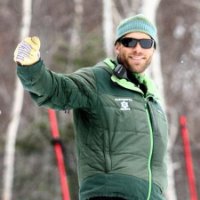 The U.S. Ski and Snowboard Association will welcome three-time Olympian and U.S. Ski Team alum Chip Knight to its staff as its new alpine development director.

Acting as head women’s alpine coach at Dartmouth College for the past five years, Knight will bring a wealth of knowledge about development in the sport of alpine skiing. He has also served as director of skiing at Dartmouth since 2012, managing a variety of administrative tasks for the program.

Since beginning his coaching career in 2007, Knight has been drawn to the challenge of teaching and motivating young athletes to compete at their best.

“We are very lucky to have Chip joining our staff to help lead and guide the development of the sport of alpine ski racing in our country,” said Alpine Director Patrick Riml. “Chip has been part of our organization as and athlete and a sport committee member. His experience makes him a great asset to the team.”

“I am looking forward to the challenge of strengthening and deepening our national development pipeline,” said Knight.  “We currently have great champions at the top level, but a lot of room to improve behind them as we seek to close the gap and prepare the next generation for World Cup success.”

Knight will assume his new role before the USSA Congress meetings in May.