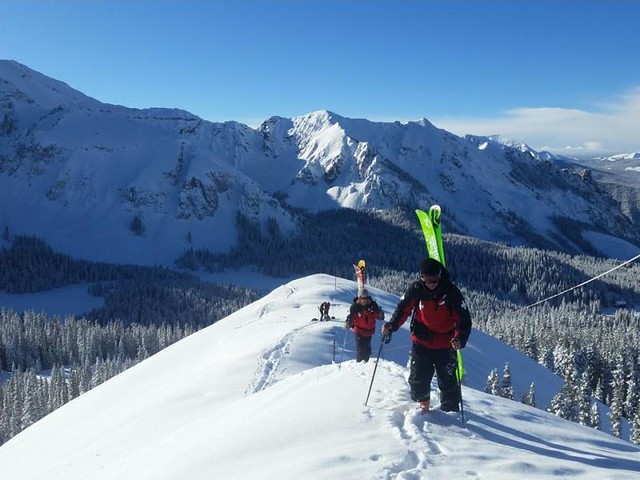 Ski patrollers at Colorado's Telluride Ski Resort will now have the legal authority to negotiate terms of employment with the parent company, following a 47-1 vote to create a bargaining unit.

Ski patrollers, dispatchers and snowmobilers at Telluride now join those at Steamboat, Crested Butte and The Canyons, who are represented by the Communication Workers of America, and patrollers at the Aspen complex of ski and snowboard mountains who have formed an independent union.

“These employees want a voice in their workplace,” Al Kogler of CWA’s District 7 in Denver told SnoCountry.com. “We had talks (with management) last summer but there was no negotiating or bargaining.”

Neither side has been specific as to demands that the new unionized workers will present to Telluride management, although Kogler told us that typically have centered on pay, raises, health insurance, sick days and other work-day items.

Resort officials say they don’t know the specific issues that will be raised in bargaining, but they are ready to negotiate.

“Our priority is safety both for our ski patrol and the skiers and riders who come to visit Telluride,” Telluride’s Pepper Raper told us. “We will be working so that the needs of the resort are met in terms of safety for everyone."

About 200 patrollers and other on-the-mountain workers have already organized under CWA, Kogler said. At Telluride, all 57 employees in the three categories will be eligible for conditions negotiated under a new contract. Kogler expects things to get going shortly, after a mandatory seven-day appeal period.

Ubiquitous at all winter resorts in the West, ski patrollers head up the hill before the lifts open and are still there after they close. Both as part-time and full-time employees, all but top management is typically employed for 6-7 months of the year.