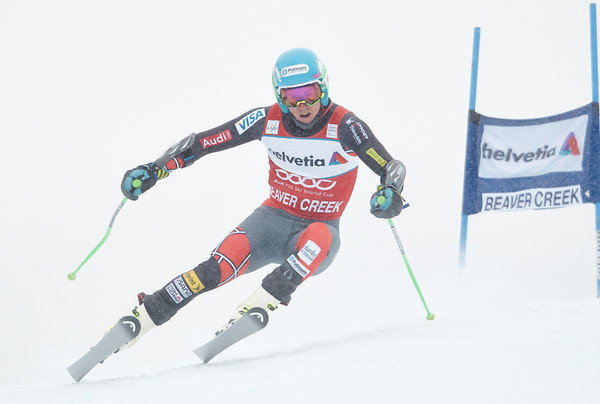 Ted Ligety made it a flawless second run in the Giant Slalom at the FIS Alpine World Championships at Beaver Creek, Colo. Friday to snag the first gold medal for the USA so far in this two-week event with only a weekend to go.

Ligety, from Park City, Utah, obviously felt quite comfortable on the Beaver Creek course, having won five World Cup races on it.

He trailed Austria’s Marcel Hirscher by 0.24 seconds after the first run in fifth spot. But, it was the mistake-proof second run in the afternoon where he finished in 2 minutes, 34.16 seconds, over-taking four skiers ahead of him. Hirscher, who has won most of their battles so far this season, was second, 0.45 seconds behind, and Alexis Pinturault of France earned the bronze. The USA’s Tim Jitloff, also from Park City, was ninth.

“It’s really hard to rank them,” Ligety told NBC Sports Network. “I think this one is maybe a little more emotional than some of the other ones just because this year has been a little bit more of a struggle. In 2013, I was winning everything and so it felt like, not a given, but that I should be winning it really easily. Same with [Sochi] Olympics. I was skiing great before that. … This one was a bigger question mark.”

Ligety won the 2011 world GS title in Germany and again two years ago in Austria, which was part of his three gold-medal performance.

Hirscher lost time throughout the course on his second run, so with his gold medal assured, Ligety tossed his ski high into the air to the cheers of hometown crowd.

Now that the USA has broken the gold medal ice, Saturday brings another opportunity as Mikaela Shiffrin takes to the slalom course.