Tahoe Gets Taste Of The Good Stuff; High And Dry For Holiday Week Across The West 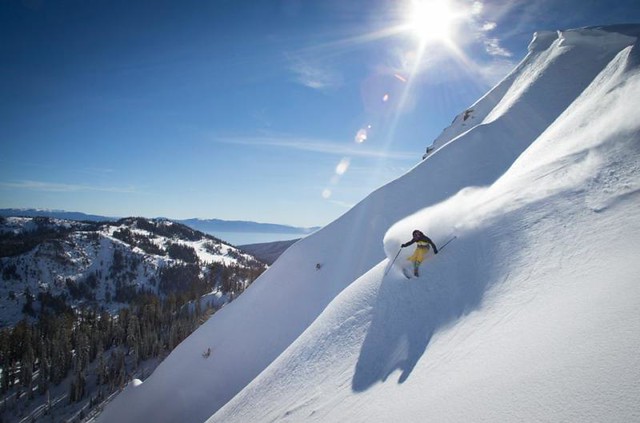 Four feet at Mt. Rose, two feet at Squaw Valley, 19 inches at Northstar – winter returned to the Tahoe area with a vengeance this past week. But, California and across the West will see things quieting down and warming up for much of Presidents' Week.

OpenSnow’s Joel Gratz reports that last week’s snowfall was an anomaly in a pattern of above-average temps and no precip for more than two months.

“This week we’ll transition back to the same pattern that we’ve seen for the last six weeks,” Gratz told SnoCountry.com. “The longer-range computer models show the possibility of a small shift in the pattern next week, which could mean more precipitation for the western U.S. and Canada.”

This weekend, forecasters see a bluebird day at most Western ski and snowboard resorts, with temperatures rising to the 30s and 40s under the umbrella of a ridge of high pressure over the region.

Utah and Colorado may be the most fortunate recipients of next week’s alternation in flow.

“We would expect light to moderate snow to Summit and Grand county areas of Colorado, moderate snow for Aspen-Snowmass and across northern Utah, plus heavy snow for southwest Colorado and southern Utah,” reports Snowforecast.com. “Next Friday through Sunday (Feb. 20-22), we see more Pacific storm activity, with more good snowfall across Colorado, with the focus shifting to northern Colorado, northern Utah and northwest slopes as the low pressure axis starts to shift inland.”

Heading to Vail for the finale of the FIS Alpine World Championships? Giant Slalom (Thursday and Friday) and Slalom (Saturday and Sunday) will run under mostly sunny skies, so lather up and enjoy watching the best racers in the world. The race stadium is at Golden Peak, so there a whole Vail Mountain to ski on, too.

It’s been three weeks since significant snow fell in the Northwest (plenty of rain but temps too high for the frozen stuff). Questions remain among prognosticators whether next week’s Pacific disturbance will give the slopes of Washington and Oregon any relief.

Photos: Top -- A bluebird day like this one at Squaw Valley is set across the west this weekend (Squaw Valley/Facebook); Light to moderate snow is expected at resorts in Summit Country like Copper Mt. (Copper Mt./Facebook)