Switzerland's Largest Ski Area Breaks Up; 4 Vallees On One Ticket Is No More 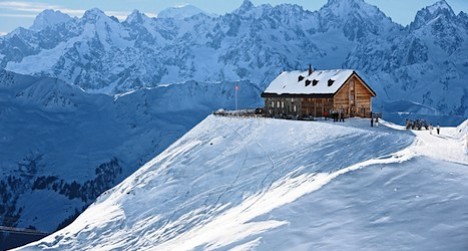 Sometimes, it seems, you just have to agree to disagree. At least that’s what’s happening in Switzerland as 4 Vallees, the country’s largest ski area and the third largest in Europe, is breaking up over a disagreement among its lift operators on revenue sharing.

It means skiers and snowboarders will no longer be able to move among the five resorts in the Canton of Valais, including world famous Verbier, on the same ticket.

The sprawling 4-Vallees links the resorts of La Tzoumaz, Nendaz, Veysonnaz, Thyon and Verbier and the regions 82 lifts and 412 kilometers (256 miles) of slopes.

The four lift companies have been cooperating under a joint agreement forged in 2006. News reports suggest the sticky point is revenue sharing from the Thyon area.

TeleVerbier, the lift operator for Verbier, announced Monday it was cutting its links to the other areas and unveiled a new “Verbier Grand Ski” pass, linking the Mont-Fort, Medran Savolayres and Bruson areas with a 71 sf ticket (US $79.50). That’s one swiss franc more than last season with significantly less terrain included.

TeleVerbier Chairman Jean-Pierre Morand told The Local he was “disheartened by this situation but we no longer have the choice.”