Sunshine And Soft Snow In The West, Time To Get Out The Sun Screen 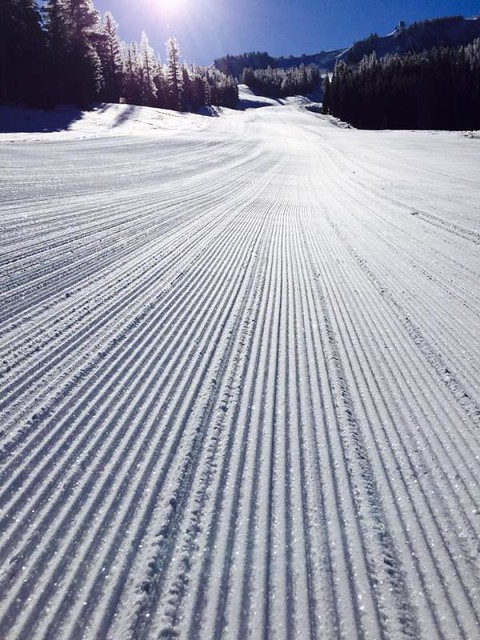 It looks like the whatever good stuff from this latest storm has all fallen, and forecasters say it’ll be warmer and drier across the West into the last week of January.

“Friday and Saturday the far Northern Rockies and Washington Cascades will see some moderate resort elevation snowfall, with the max about one foot for the Cascades and less for northern Idaho/ northwest Montana, with base elevation snow level issues for some,” Chris Manley, forecaster for Snowforecast.com told SnoCountry.com.

“Saturday into Sunday we see some moderate snow for for southwest Montana/ northwest Wyoming including Big Sky and Jackson Hole," Manley said.

But, like all ski and snowboard mountains from the Rockies to the Sierra Nevada and Cascades, the steeps will be bumped up, powder stashes in the trees tracked up, and corduroy will be the call of the day.

The highest elevations of the Northwest may be the exception to this warmer-and-dry trend, as a storm early in the week is expected to have plenty of moisture – just whether it’ll be cold enough for snow. Speaking of the Northwest, more than a dozen resorts are either closed or opening on weekends only; deepest bases are found at Mt. Baker, Stevens Pass, Mt. Bachelor and Mt. Hood Meadows.

Down the coast, not much is on the horizon in terms of snowfall for California, and the temperatures are expected to rise. As for a longer view, here’s what OpenSnow.com forecaster Larry Schick says: “… more quiet weather as we wait to see if a trough can push into the West Coast the first week of February.”
In Utah, the word is: Strip off the layers and lather on the sunscreen. An unusual January thaw is forecasted, with as high as 50 at Alta and Park City. Idaho will also get warming, but their bases are deep enough to withstand some melting."

Colorado will also warm up for a bit and little is expected from the skies for the next week or so. OpenSnow forecaster Joel Gratz is encouraged, but “I’m not allowing myself to get excited.”