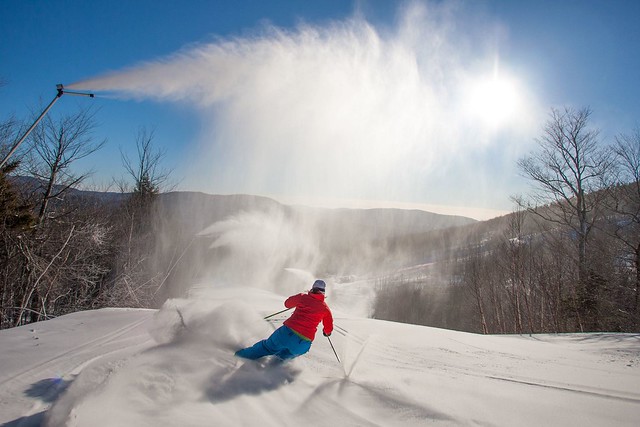 Sunday River is boasting the most open terrain in the East, with 500 acres open, over 100 acres more than anyone else in the East right now.

“We’re usually done snowmaking by late February,” Sunday River’s Nick Lambert told SnoCountry.com. “But this isn’t the latest we’ve ever made snow. The winter of 2011-2012 the weather turned to 70 degrees in mid-March, and that year we made snow daily from March 26 -31.” That season, Sunday River made snow 106 days. This year, they’ve made snow on 83 days so far.

“Our plan is to make it to May,” Lambert added. “The snowmaking team started on Locke October 17-18, and we opened on October 19. It’s been a long season for our snowmakers.”

There’s also a chance for a few inches of natural snow to grace the slopes this weekend and next week. OpenSnow.com's New England Daily Snow reports, “The snow showers for Friday night are expected to continue into the wee hours of Saturday for parts of Maine. This would mean the totals on the map above could be slightly higher for Sunday River and Sugarloaf by the start of the day on Saturday.” They add, “As of right now the GFS model is showing a coastal storm affecting the region on Sunday night/ Monday morning. Depending on what track it decides to take, this could be the storm that gives new life to some of the mountains in the Northeast (at least for a few days).”

Mount Snow in southern Vermont plans to continue snowmaking as well. In an email blast they said, “the forecast is suggesting that Ma Nature hasn’t quite given up on winter, and our Mountain Ops team and Events Calendar are there to back her up.” 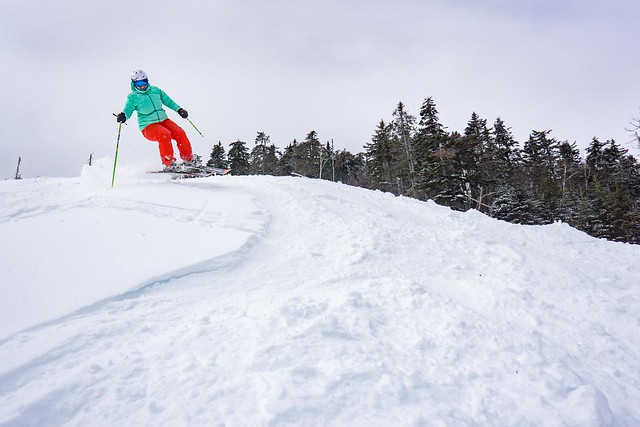