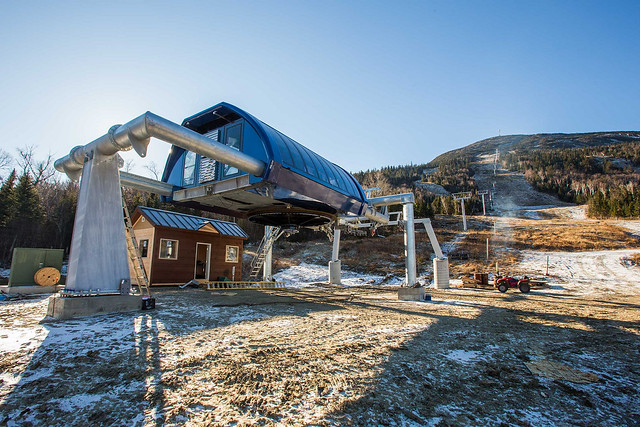 Maine’s Sugarloaf has worked throughout the summer and fall to replace the King Pine Lift bottom terminal. Assuming snow conditions cooperate, the resort expects the lift to be ready for operation in late December. A rollback incident took place on the lift last March.

Recently, after restringing the haul rope to the new bullwheel at King Pine, the crew was able to run the lift for the very first time, via the diesel auxiliary motor.

In the coming weeks, electricians will work to finish wiring the terminal and stringing communication lines, while the lift mechanics perform routine linework.

A dynamic load test is scheduled for early December. Various members of Doppelmayr as well as Sugarloaf’s Lift Maintenance Department will facilitate the test, which simulates the operation of a fully loaded lift using boxes filled with water.

In addition to the new Doppelmayr terminal on the King Pine area, Sugarloaf’s lift system investments over the summer totaled over $1.3 million, including new a gear box for the Timberline lift, and new braking systems and electronics on Timberline, Skidway, Sawduster, Snubber, West Mountain, and Double Runner.

Originally manufactured and installed by Borvig in 1988, the King Pine Quad is a four-passenger, monocable, fixed-grip lift, located on the easternmost side of the mountain. The existing towers and chairs will remain in place to service the 3,400 foot long the lift.

The new terminal will feature a 400-horsepower motor with the capacity to run at a speed of 450 feet per minute, and transport 2,100 skiers per hour. 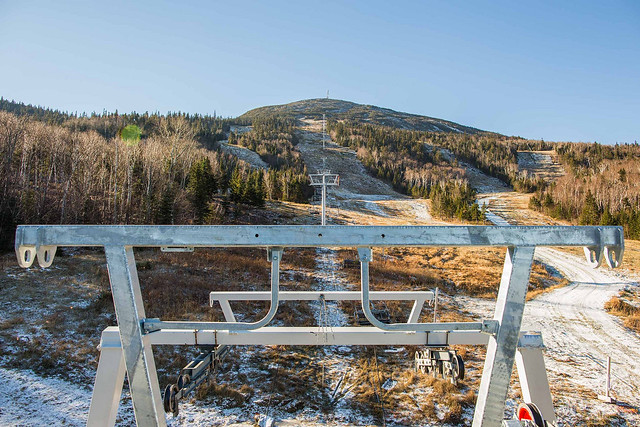