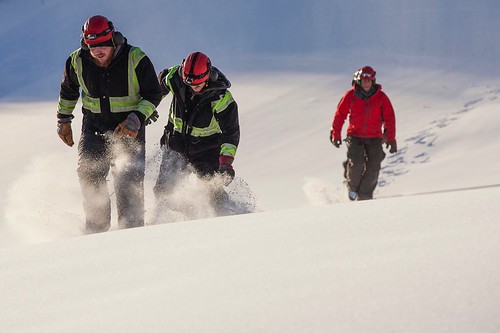 Sunday River’s snowmaking team fired up the snowguns on the Ecstasy and Cascades trails Monday night with plans for Right Stuff Tuesday night to deliver on their promise to be open until May 1.

“We’ve been fairly confident that we’ll be able to keep May 1 as our last day of the season as we traditionally do, but with two nights of cold weather we decided to make snow on a few key trails as an insurance policy,” Sunday River’s Nick Lambert told SnoCountry.com.

The Sunday River snowmaking team has won the HKD I AM a Snowmaker Award, presented by Ski Area Management Magazine and sponsored by HKD Snowmakers. Each of the six North American resorts nominated for the award demonstrated exceptional snowmaking capabilities and experience levels within each team.

“I think the HKD award was a combination of a couple factors. First, Sunday River has a long history and reputation for snowmaking. Second, with the challenging weather this year the team has gone above and beyond to accomplish what they have (opening in mid-October and aiming to end on May 1) and our passholders and guests have been appreciative, so I’m sure a lot of them votes,” Lambert told us.

Sugarloaf’s snowmakers also capitalized on a window of cold temps Monday and Tuesday, marking the first time in its 65-year history that the resort has ever made snow in the month of April.

“It’s been a challenging winter in the weather department, to say the least, and as a result we’ve put forth twice the amount of effort into snowmaking than we would in an average season. Typically we run the guns between 700-800 hours in an average season, but this year we’re already up over 1400 operating hours,” Sugarloaf’s Noelle Tuttle told us.

Tuttle added, “We don’t often have the conditions to make snow this late in the season, so when Mother Nature gave us a window of opportunity in April, we took it. We wanted to make sure that the spring skiing and riding conditions are the best they can possibly be through Reggae Fest weekend, and beyond.”

Photos: Top - Sunday River was named 2016 "I AM a Snowmaker Winner." (Sunday River); Below - Sugarloaf makes snow in April for the first time (Sugarloaf/Facebook) 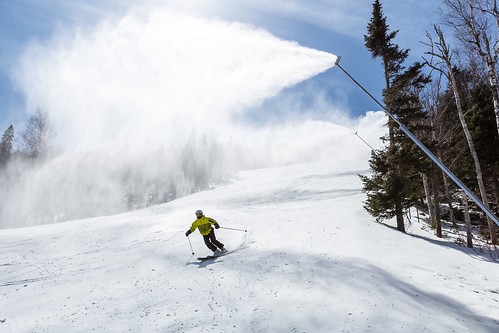