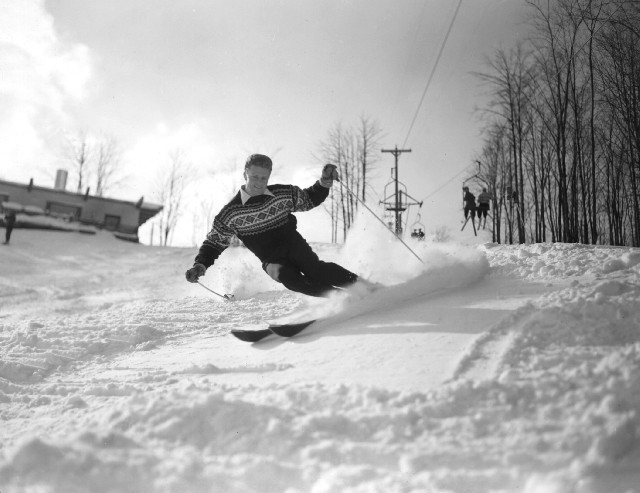 When Everett Kircher, Boyne Mountain owner, reached out to Stein in 1954 about becoming their ski school director, the Midwest ski industry was in a fledgling state with Boyne Mountain being one of few ski resorts around the Great Lakes offering skiing and lodging.

By bringing Stein and his entourage of Norwegian instructors to the Midwest it helped legitimize the sport and put the region on the national ski map. He taught thousands of Heartland skiers the revolutionary reverse shoulder method of skiing, which is credited with the beginning of the modern ski area. It elevated Boyne Mountain’s ski school bringing the program nationwide attention. It was quite a coup at the time.

The first forward flip or somersaults as they were called at the time, performed for an audience took place on legendary Hemlock run while Stein worked at Boyne. It was recorded in picture. 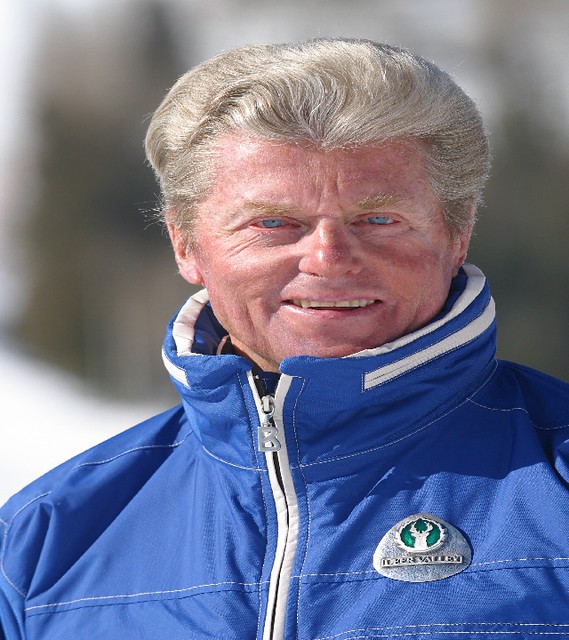 “He was at Boyne for three years in the mid-1950s, but his influence extended into the 1960s and beyond with our ski school,”  Stephen Kircher, head of Boyne East, told SnoCountry.com “He and my dad became lifelong friends as well as our entire family. One of my sons is named after Stein. He was honored when I asked his permission. He was a star, but also humble and approachable. If you were an old friend, or meeting him for the first time, he would make you feel like you were best friends in minutes.

“I got to ski with him at Deer Valley a few times later in his life, and he was still so graceful. My father always said, ‘He glided over the snow like a bird sailing on the wind,’ and it was true. He had to be in remarkable shape to glide like that on the heavy, wide seven-foot skis they had at that time,” Kircher added. “Stein Eriksen was a true skiing superstar and did much to elevate the sport to the level it has achieved today, especially in the Midwest.”

Eriksen, with the blessing of Kircher, also spent time in Traverse City a couple of seasons at Hickory Hills Ski Area, a small area with rope tows only. He brought with him his cadre of Norwegian ski instructors a couple of nights per week working with the Kiwanis Club Ski School teaching and encouraging local kids to embrace the sport.

His contributions and legacy to the Midwest ski industry are infinite.