Steamboat Gets Go-Ahead To Put 10-Year Plan In Motion 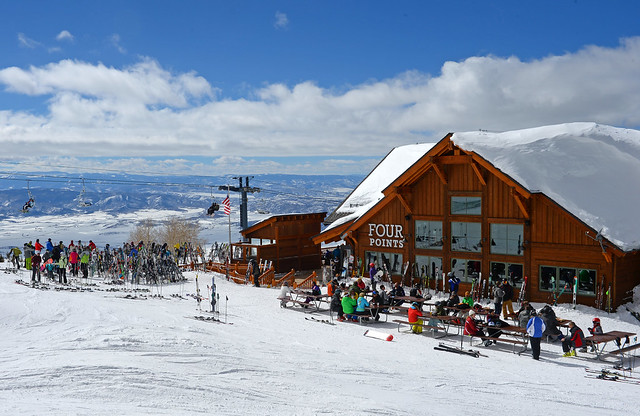 Steamboat Resort in Colorado has begun work on a soup-to-nuts, decade-long improvement plan that is aimed at becoming more efficient in moving its core market of families and novice-intermediate visitors around the mountain.

The 177-page plan recently got umbrella approval from Routt County officials, after getting a nod from U.S. Forest Service. The action does not guarantee that the dozens of projects in the plan will be completed, but it signals the start of a major facelift at the northern Colorado resort by owner Intrawest, which bought the ski area in 2007.

“The real basis of the master plan is to make sure the future development on the mountain is in balance — lift capacity and trial capacity is balanced so skiers don’ t back up,” said Steamboat’s Doug Allen. "It’s to make sure that as the pieces in the plan come together, they are in balance. From time to time, there is a revision to the plan.”

Steamboat’s Mike Lane told SnoCountry.com that the 10-year plan builds upon recent work at the Four Points Lodge, the advent of night skiing and riding, and hotel expansion at the base.

“As you understand, the plan is a road map for the future so it may be changed or altered,” Lane said.

Next season, skiers and riders will experience the fruits of the initial projects, including a new Alpine race training trail off the base, plus expansion of Go Joe’s restaurant at the base and upgrades to snowmaking equipment. On the mountain, Rendezvous Lodge will get an exterior facelift.

Down the road, highlights that target mid-range skiers and riders include:

· a new children’s learning center in the Bashor area up off the east side of the base;

· lift and trail realignment in the popular moderate terrain in Sunshine Bowl; and,

Much of the plan focuses on relieving congestion around Steamboat’s base area. Steamboat has a new gondola on the drawing board and 29 new and replacement lifts on the hill that will increase Steamboat’s uphill capacity from 16,000 to 18,000 skiers and riders a day. Another 120 acres of skiable terrain off the mountains eastern boundary will be added to the resort’s trail map.

Click here for a complete look at the plan.