Mar 15 Posted by Guest in News 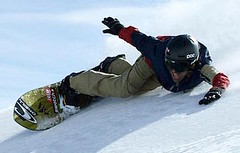 Warren Miller Entertainment, HEAD and Squaw Valley/Alpine Meadows are jointly launching the HEAD to Squaw Video Contest. Worldwide contestants submit user-generated videos showcasing his or her skills as a skier/snowboarder or as a cinematographer/editor. The submission period is from 9 a.m. MST, Mon., Mar. 14 until 5 p.m. MST Fri., May 20.

Submissions are not limited to ski or snowboard footage. Video edits that demonstrate and amplify the mountain lifestyle also are welcomed.

The grand prize includes a ski and boot package from HEAD and an invitation to film with WME at Squaw Valley/Alpine Meadows during the 2016-2017 season. The winning video also will be presented on-screen before every Warren Miller Film Tour screening in 2016.

Contestants upload their video to the WME website and can share their entry on social media to gain votes. The rounds of voting are as follows:

Round 1: June 1–July 1:This is the first period of fan voting, where a unique visitor can only vote one time during this period; the top 16 videos will advance to the next tier. At the end of this period, all vote counts reset to 0.

Round 2: July 11–Aug. 5: The second period of fan voting determines the top eight videos that will advance to the next tier. Again, all vote counts reset to 0 at the end of this period.

Round 3: Aug .9 –Aug. 26: At the end of this period of  fan voting, the top four videos will be brought before the panel of judges and a winner will be chosen.

The panel of judges includes Jeremy Jones, JT Holmes, Jonny Moseley and representatives from Warren Miller Entertainment, HEAD and Squaw Valley/Alpine Meadows. The panel selects the Grand Prize winner based on the entrants’ talent either as a cinematographer/editor or as a winter sport athlete. One of the three remaining finalists with the most fan votes will be awarded the Fan’s Choice prize.