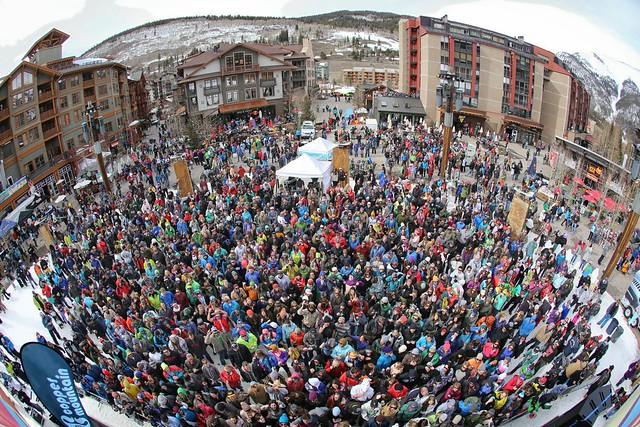 Mountain folk know how to party, and if there’s a time when things go truly uncorked, it’s the spring. Who’s not ready to shake their rumpus under in the sun after a long winter stretch of short days, cold nights, and heavy snow. There’s a lot of music set to go off in the mountains this spring, here’s five of our favorite springtime ski area concerts where you’re sure to see some freak flags flying.

The World Ski and Snowboard Festival (WSSF) makes its 20th run in Whistler, B.C. and tees up a 10-day lineup of free concerts at the base of Whistler Mountain. Organizers just announced rapper YelaWolf is this year’s closing act as part of the Monster Energy Shred Show on Saturday, April 18.

Hailing from Alabama (obviously not a ski state), YelaWolf’s rapid-fire lyrics are infused with Southern overtones and Rolling Stone calls YelaWolf “an MC whose liquid flow breathes life into genre clichés.” He signed to Eminem’s Shady Records in 2011. 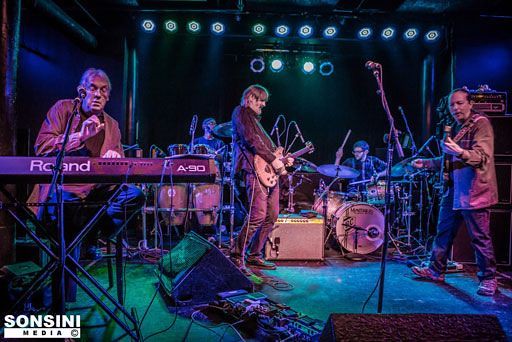 Max Creek at the Beast

Also scheduled April 18, Killington’s "The Dazed and Defrosted Festival" is sure to strike a chord with concert goers after big snow year in the Northeast. Max Creek – a jam band since before the term was even used – headlines the music at the bottom of the SuperStar Trail next to the Roaring Brook Umbrella Bars.

Billy Kreutzmann of the Grateful Dead and Mike Gordon of Phish are among Creek’s longtime fans. For the past 40 years, Max Creek has been blowing minds with their unmistakable blend of Americana, country, rock, calypso and jazz with more than 200 songs in their catalog.

A Tribe Called Red at Tremblant

The Red Bull Tour Bus is stopping at Tremblant April 10, complete with its pull-out stage and 20,000 watts of sound. A Tribe Called Red, joined by special guests Young Empires and Brave Shores will perform on stage kicking at Place St-Bernard.

Originating from Ottawa, A Tribe Called Red is a D.J. crew with aboriginal roots. The Tribe’s sound is a unique blend of instrumental hip hop, reggae, moombahton and dubstep-influenced dance music with elements of First Nations music.

They be jammin’ Reggae on the beach at Sugarloaf this spring as part of the 27th annual Bud Light Reggae Festival. This year New England native Stick Figure, a four-rasta band that draws inspiration from Bob Marley, John Brown's Body, Slightly Stoopid, headlines a group of more than eight artists for the weekend.

Stick Figure has had four national tours but before it ever hit the road it blazed its way onto the Reggae scene through its production of four acclaimed full-length albums featuring its signature symphonic reggae roots rock. Each instrument is individually recorded and then layered into track in unison. Stick Figure currently has two songs in the top 100 on iTunes’ Reggae chart.

CHECK OUT THIS VIDEO

This year Copper closes out its season with its annual Sunsation weekend featuring the Red Bull Slope Soakers and Eenie Weenie Bikini Contest. Headlining the music is Reel Big Fish, a ska punk band from Huntington Beach, Calif., best known for its 1997 hit "Sell Out".

The band gained mainstream recognition in the mid-to-late 1990s, and produced the gold-certified album “Turn the Radio Off.” Today front man Aaron Barrett is the only founding member of the band that remains, but Reel Big Fish continues to reel in its underground following hook, line, and sinker.

Skiers and riders at Alpine Meadows will be shaking their thang April 4 Yo Mamas Big Fat Booty as part of the annual Spring Music Series on the deck of the Alpine Meadows Lodge and mid-mountain Chalet.

Photos: Top -- It's spring convert time at Copper Mt. in Colorado; Left -- The Dazed and Distracted Festival at Killington, Vt.; Bottom; Crowds pack the base at Whistler for the World Ski and Snowboard Festival. 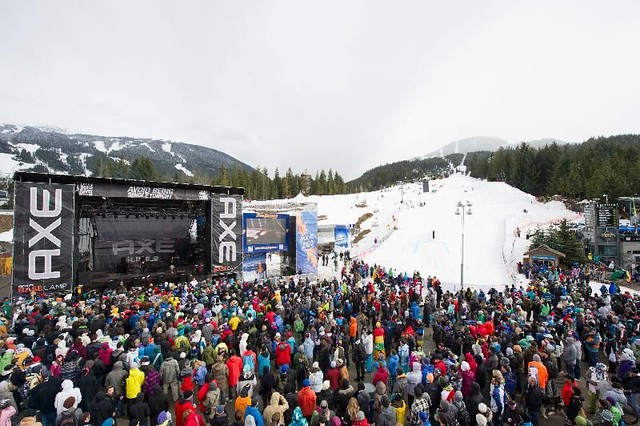