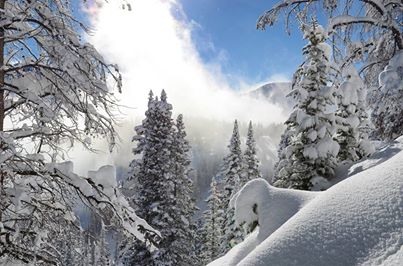 It started in the 1990s in Colorado when ski areas like Winter Park and Copper Mountain, in a bid to stay competitive with a rapidly expanding Vail Resorts conglomerate, started experimenting with discounted season ski passes.

Suddenly Vail, which at the time was merging its home mountains of Vail and Beaver Creek with Keystone, Breckenridge and Arapahoe Basin, realized it could offer a slew of ski mountains on a single discounted season pass and dominate market share in the state. The U.S. Justice Department later forced Vail to sell A-Basin, but it stayed on the super-cheap Buddy Pass.

Now multi-mountain season ski passes for half of what single-mountain passes used to go for in the 80s and 90s are the norm in the industry, and a whole generation of snow riders has grown up thinking it’s always been this way.

The key is still to figure out your home mountain – where you’re likely to make the most turns – and see what their season pass deal looks like in terms of offering other resorts you’re likely to visit that season, whether in-state or in another country.

Let’s be clear: now is not the time to get the best deal on a multi-resort season ski pass. That ship sailed last spring when most ski companies try to lock up return customers with the best deals of the year.

Here’s SnoCountry.com’s look at the best of the multi-mountain reciprocal season ski pass deals. Cheaper and more limited versions of most of these deals are available:

The Powder Alliance: Buy a season pass at your home mountain and get three free lift tickets at 12 other ski areas in nine western states and new this season, Silver Star, British Columbia. The deal includes some serious powder stashes like Bridger Bowl (Mont.), Schweitzer (Idaho) and Snowbasin (Utah).

The Mountain Collective: For a price that in the spring was below $400, snow riders can get two days each at six of the most intense ski areas in North America in terms of both terrain and snowfall. The six participating resorts are Alta/Snowbird (Utah), Aspen/Snowmass (Colo.), Jackson Hole (Wyo.), Mammoth (Calif.), Whistler Blackcomb (B.C., Canada), and Squaw Valley/Alpine Meadows (Calif.).

Intrawest Passport: For $589, adult snow riders get six days at six Intrawest resorts – a good deal for East Coast skiers at areas like Stratton (Vt.), Snowshoe (W. Va.), Blue Mountain (Pa.) and Mont Tremblant (Quebec, Canada) who want to head out west to Steamboat and Winter Park (Colo.), or vice versa. Plus, kids 12 and under ski for free.

Okemo Ultra Pass: If you’re a diehard New England skier with an urge to go west and explore the extreme steeps of Crested Butte (Colo.), this one’s for you. For $1,629, adults get unlimited access to Okemo (Vt.), Sunapee (N.H.) and Crested Butte, plus three days at Killington (Vt.).