SnoCountry’s Best Bets For Early Season Skiing In The Northeast 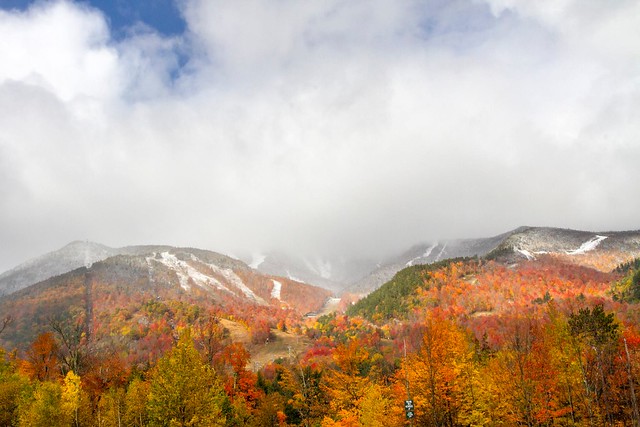 Snowmaking is the name of the game in the East when it comes to getting us out on the slopes early. Killington and Sunday River have already taken the lead as the first resorts in the country to open. We’re now looking forward to snowmaking temperatures as we scrape off the summer wax and eagerly anticipate making early season runs at our favorite resorts.

To compliment Mother Nature's average of 250 inches of natural snow each winter, Killington’s snowmaking system covers 600 skiable acres. When conditions are at their best, in an hour’s time, Killington's snowmaking system pumps more than 720,000 gallons of water to 240 snow guns, covering 80 acres with 12 inches of fresh snow.

Sunday River's snowmaking system made it possible to have it’s third earliest opening day on October 19. The resort’s 1,900 snowguns allow them to cover 95 percent of its 135 trails. Sunday River is now open weekends, weather permitting, until mid-November when it commences weekday operations.

After investing more than $1 million in snowmaking improvements over the past few years, Okemo is aiming to open for the season with top-to-bottom skiing and riding again - for the third year in a row. Their target opening day is Nov. 14.

Bretton Woods is often one of the first to open in New Hampshire, and snowmakers are at the ready to start operations once the weather cooperates. They hope to begin snowmaking in November and open a beginner and a top-to-bottom run by mid-November.

Wildcat had a 48-hour snowmaking window in October, and has stockpiled the white gold with plans to open when they have a quality top to bottom product on Lynx, offering over 2,000 vertical feet of skiing.

In New York, Whiteface has already received five inches of natural snow and weather permitting, will open Nov. 27.  Gore Mountain has opened two weekends before Thanksgiving for the last two years, and is again hoping for an early start to the season.

Photos: Whiteface, N.Y. received about five inches of natural snow Oct. 18, making for a stunning contrast with the vibrant fall foliage. (Whiteface/Facebook); Ski Season at Wildcat, N.H. is right around the corner. (Wildcat/Facebook) 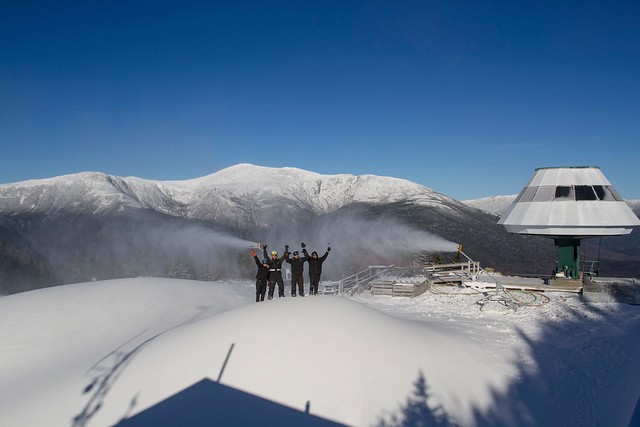