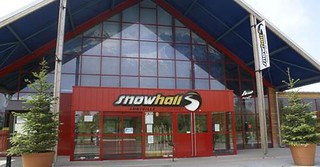 So, how’s this for a plan? Take a vacation any time of the year to Paris, France and go skiing or riding while you are there. Tres Bon, oui?

Le Figaro newspaper is reporting that plans are afoot to build a $67 million (US) indoor ski resorts in the Paris suburbs. A Dutch company, Snowworld, plans to build the facility on a 230-metre man-made hill at Elancourt in the department of Yvelines, west of Paris.

The plan reportedly calls for 22,000 square meters of pistes between 100 meters and 320 meters long, a chairlift, toboggan slopes, three-star hotel and restaurant. The plan is for 300,000 visitors a year, generating about $23 million (US). The complex could lead to the creation of 200 jobs.

The mayor told media the hill “has not been exploited for 30 years. It is a beautiful site, which given the elevation and relief, lends itself to sports.”

The company plans to charge about $70 (US) for the ski pass and equipment rentals. Cheaper rates will be available to locals.

There is some opposition, with another local mayor saying, “What is the interest of skiing in a tin?” He noted good mountain skiing is only a few hours away by the TGV trains. A homeowners group is also opposed, calling themselves “La Colline de la Revange” (Hill of Revenge). They believe the project would “degrade the landscape.”

There is an indoor dome in Amneville in the east of the country serving 450,000 people each year, though the newspaper suggests it may be struggling financially.

Photo: Ski Hall in Amneville is currently the only indoor ski dome in France (Ski Hall/Facebook)