Ski The East Freeride Tour Rocks Out In February, March At Six Resorts 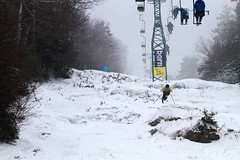 Smugglers’ Notch has joined the six-stop flagship Ski The East Freeride Tour (STEFT) series for the 2016 season, a competition that offers freeskiers a consistent platform for showing off the best in Northeast extreme skiing.

Prior to the founding of the STEFT in 2010, four competitions were operating independently of one another at Mad River Glen, Magic Mountain, Sugarbush, and Jay Peak. Sugarloaf joined the tour in 2015.

Freeskiing was just starting to gain momentum in 2010 with a rise in ski technology, the popularity of side and backcountry skiing, and the development of resort freesking teams.

Competitors are only categorized as male or female, and you can get down the mountain any way you chose; skis, snowboard, or tele gear are all accepted. One run down the mountain is judged on a one to 10 scale for line, fluidity, control, style, and technique.

In a year that has offered below-average snowfall, competitors will face some challenging conditions. The run is always held on a natural snow trail, and the rough terrain will take skill and finesse.

A $1,000 prize purse is up for grabs to the top three male and female competitors at each of the six stops.  The Best Line “Headliner Award” presented by Bern Unlimited is awarded to the most impressive line or cliff drop of the day.

An overall male and female STEFT champ is crowned at Jay Peak, and with that comes a one-year contract as an athlete on the Ski The East Team. 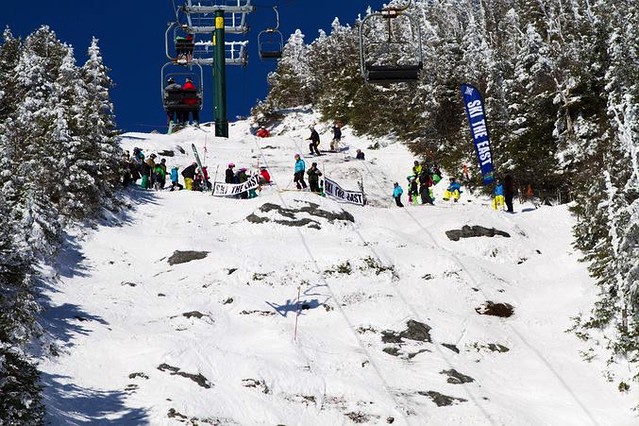 More posts from author
Friday, 03 May 2019 Bucket List Summer Events In The Mountains
Thursday, 02 May 2019 SnoCountry SnoShots: Ending The East Season
Wednesday, 01 May 2019 Ski Eight Countries, More Than 100 European Resorts With Snowpass Card
Comment for this post has been locked by admin.