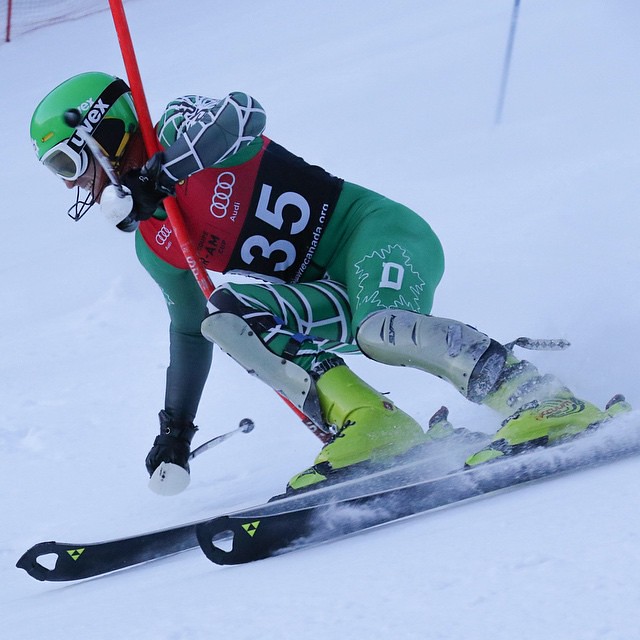 The U.S. Ski and Snowboard Association (USSA) is taking a deeper look at college ski racing as a viable component of the U.S. Ski Team pipeline with the introduction of a National University Team for alpine ski racing.

The National University Team will aim to both provide support for athletes as well as a stronger post-university transition to the U.S. Ski Team.

There have been numerous athletes who have transitioned out of the university system to the U.S. Ski Team, but the USSA has identified a significant gap in physical development between these athletes and that of national team athletes. With the introduction of the National University Team, the U.S. Ski Team hopes to provide continuity of elite-level programs while athletes attend university.

“It’s important for us to have a strong relationship between the university system and the U.S. Ski Team,” said Alpine Director Patrick Riml. “As we focus on the growth and development of athletes, we hope they will eventually be competitive for medals on the World Cup level.”

Athletes named to the National University Team (N-UNI), to be led by former Team America Coach Peter Lange, will have the opportunity to train alongside A, B, C and D teams in strength and conditioning programs and at on-snow camps. These athletes will also receive coaching support from Lange during NCAA and NorAm competition and other tours, and will be eligible for scholarships through the U.S. Ski Team’s Borgen-Swartz Education Endowment.

“The National University Team is a great addition that will really round out our team and provide promising university athletes with a unique opportunity to stay closely connected with the U.S. Ski Team while pursuing higher education,” said Head Coach Sasha Rearick. “Really stoked about the group we’ve selected, and looking forward to seeing what they do under Peter Lange’s leadership.”

In a triangle agreement between the USSA, the athletes and their individual NCAA coaches, the nominated athletes will still compete for their respective university teams while having expanded year-round access to and support at training camps and additional races.

This group will experience a full summer prep period custom-designed around their university schedules, allowing them access to USSA’s Center of Excellence in Park City, training, physical testing, and ski camps in Europe, New Zealand and Colorado, along with an athletic program tailored specifically around their academic commitments.

In the past, university athletes have been invited to camps, but because of their university schedules, full training had not been possible.

The new partnership with college ski racing is one of many steps being taken by the USSA under the leadership of President and CEO Tiger Shaw to broaden its approach to sport development.